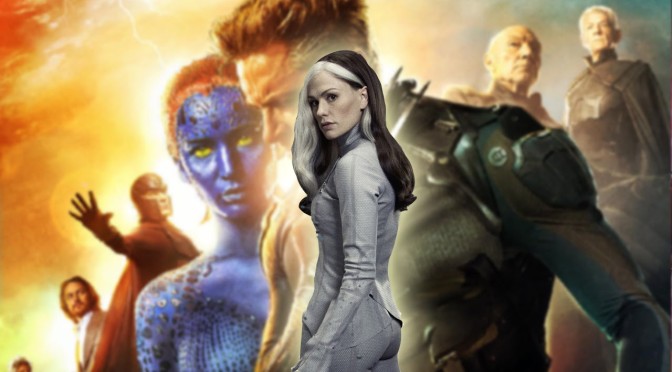 X-Men: Days of Future Past was, for the most part, universally loved. It satisfied a lot of comic book fans, in knowing that the story wasn’t massively butchered or Brett Ratner’d (admit it, you were afraid). It satisfied the moviegoers because it retcon’d out X-Men: The Last Stand (maybe you can gather our opinion on the third movie from the last few statements). It also brought Bryan Singer back in the fold in the director’s chair, which he stepped away from in the last decade and let he-who-will-not-be-mentioned-again and Matthew Vaughn keep the seat warm for the triumphant return.

END_OF_DOCUMENT_TOKEN_TO_BE_REPLACED

With X-Men: Days of Future Past coming out on DVD/Blu-ray on Tuesday, October 14, 2014, we get to view what is arguably the best of the X-movies right in the comfort of our own homes. Of course, there will be a lot of special features on the discs and we know that there will be some deleted scenes and features we’ll be dying to see, like the previous incarnation of the kitchen sequence. We know that X-Men: Apocalypse will be coming along in a few years with a gaggle of other X-Movies to accompany the franchise. One of the people shepherding these movies to a new phase is screenwriter and producer Simon Kinberg. Not only did he write and co-produce X-Men: Days of Future Past, he is also produced and wrote the new Fantastic Four reboot for 20th Century Fox, and helped create the Star Wars: Rebels series, so he definitely has a lot on his plate. We managed to catch a few minutes with Simon and found some great insights into this X-Trilogy, the deleted scenes for Days of Future Past, as well as the future of the franchise and what he’d like to see.

END_OF_DOCUMENT_TOKEN_TO_BE_REPLACED

On Friday Bryan Singer gave us another peek behind the curtain for his upcoming X-Men: Days of Future Past movie, this time revealing a full size Sentinel, and stood beside it for scale! As we reported last week, the X-Men: Days of Future Past marketing strategy seems to be really kicking into top gear now that The Wolverine and the other main summer super-hero movies are out of the way.

The Sentinels were first introduced in The X-Men (Vol. 1) issue #14 (Nov 1965) and were created by Stan Lee and Jack Kirby. According to Marvel canon, Sentinels are programmed to locate mutants, then capture or kill them. The Sentinel in Singer’s picture looks to be around 13 to 14 foot tall, which certainly gives it an imposing stature, but isn’t as nearly as tall as what we are used to in the comics were they are usually depicted as being around 3 stories tall.

As for the design itself? It differs significantly from the Sentinels we are used to in the comics and is even different in design from the Sentinel you may have spotted during the ‘Danger Room’ sequence in X-Men: The Last Stand.

Personally, I’m not a fan of the new design. I don’t think it evokes the terror that a Sentinel should. I do appreciate that things have to be redesigned with the times though. I also assume that within the context of the film they will also need to look a little cuddlier, being that they are initially introduced to the public as a policing force against the mutant threat.

Now, it is important to note that on the thigh of the Sentinel it does refer to them as SNTL2, what I expect is a mark-2 design. Bryan Singer did also caption the photo on Twitter with “Here’s to the next 50 years”. I suspect then that these may not be the only Sentinels featured in X-Men: Days of Future Past.  The recent viral posters also hint that they may get a little nastier.

X-Men: Days of Future Past hits theaters in the U.S.A on May 23, 2014. Let us know your thoughts on the new-look Sentinels below.

X-Men: Days of Future Past has already had a somewhat impressive showing in San Diego this year. Early on we got our first look at  the head of a Sentinel, and then later new character portraits featuring Bishop, which was another first look. While no panel was on the schedule, fans were hopeful for something during Fox’s time at SDCC.

Not that unexpectedly, Fox did indeed have a secret panel yesterday for X-Men: Days of Future Past. Rather unexpectedly, The entire cast from the film appeared on stage, an then held a panel. It was pretty extraordinary to see that many people on stage, and there is no doubt the fans were surprised.

END_OF_DOCUMENT_TOKEN_TO_BE_REPLACED

While it’s still early in this years SDCC, Fox’s X-Men: Days of Future Past has already started to make a pretty big splash. Early today we got our first look at a Sentinel head (presumably a scaled down version of it) which you can check out here, and now we get to see a viral campaign based around Trask Industries, the creators of the Sentinels led by Peter Dinklage’s character Bolivar Trask. You can check out the new but relatively slim Trask Industries website, as well as some of the promotional materials from SDCC after the jump: