Fans have been eager to hear more about the upcoming Fear The Walking Dead premiere, but the new trailer from AMC isn’t telling them more than they already knew.

AMC’s new spin-off of fan favorite The Walking Dead won’t grace TV screens until August 23, but the new series was confirmed this last month for a 15 episode season two. With only 6 episodes to start, it may not be until season two that we really find out what happens when the lights go out.

Show runner Dave Erickson told TV Line the new show will start with a slow burn to build tension and paranoia before characters come face to face with their first undead. The first six episode will cover roughly three weeks, during which we will witness the initial outbreak of the deadly virus we’ve grown to know, and the slow decent into the inevitable chaos. Fans hope more information on what the outbreak is, and how it started will be revealed as the show focuses on the beginning of the madness. Timeline wise, for fans of The Walking Dead, this will roughly cover the time Rick Grimes is safely tucked away in a coma on the opposite side of the country.

While the slow burn may frustrate fans who are in it for the hardcore gore, AMC is hoping it will get long time fans and new viewers alike to tune in for the more exciting second season. Like the trailer, it seems this first season is a sort of teaser for what is to come. Hopefully, it will reveal much of what is glossed over in the original series, like the outbreak and just how it affected the entire country, and presumably the world. 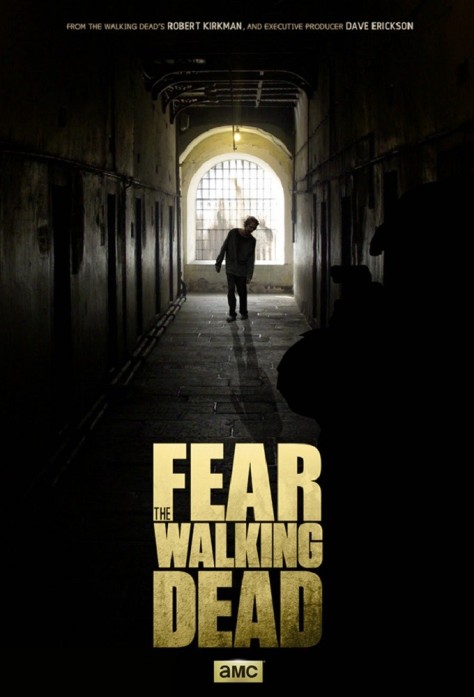 Fans have also been warned not to expect any cross overs or easter eggs pertaining to the original series. While both shows take place in the same universe, created by Robert Kirkman, the characters and their experience will be vastly different.

If the promise of the new show isn’t enough for you, you’ve only got two months until The Walking Dead returns for its sixth season. The latest trailer, revealed in July at this year’s International Comic-Con, shows a new world behind the walls of Alexandria.

Are you ready for the Dead? Tell us what you think in the comments below, or visit GrizzlyBomb’s Facebook page.