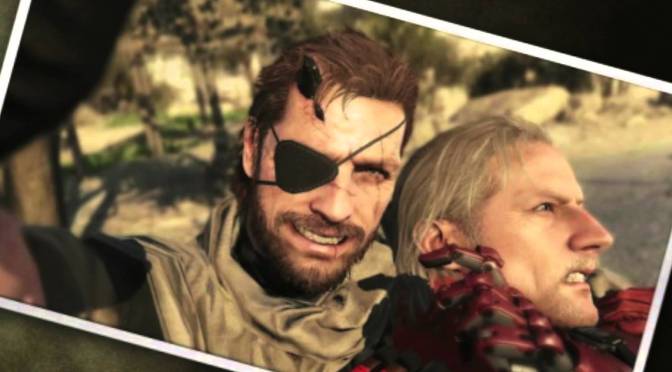 With its launch several days behind us now, we can safely say by general consensus that Metal Gear Solid V: The Phantom Pain is a huge success. I’m currently loving just about every moment, filling in the gaps of Big Boss’s legendary story, and while the overarching story is as dark and tragic as its ever been, it wouldn’t be Metal Gear Solid without Hideo Kojima’s trademark sense of humor. Here are some of the more light-hearted (spoiler-free!) surprises in the game that I absolutely adore.

This one’s an obvious choice, but sending everything from POWs to military trucks back to Mother Base by balloon is both a strategic asset and enjoyable pastime. One of the more infamous takeaways from Phantom Pain‘s demos prior to launch was showing off the variety of things that could be extracted with the Fulton balloon, including a poor sheep who happened to be in the wrong place at the very right time. As displayed in the video above, rescuing animals you find in the field results in an adorably heartbreaking  yelp/bleat/cry before disappearing into the clouds. A similar reaction happens with human subjects too: Rescued prisoners will whoop with glee at being sent off into the sky, but probably most satisfying of all is hearing a soldier freak the hell out and call for help before being yanked away into the heavens. Ballooning everything that isn’t tied down is more than just fun though, it’s also an important part of building up Mother Base, and also serves as the most effective way to infiltrate an outpost.

Any open world game needs a method of quickly jumping from place to place to avoid the tedium of going everywhere on foot. Usually this doesn’t need an in-game contextual explanation, it’s just an understood part of a open world game’s design. However Hideo Kojima clearly wasn’t satisfied with selecting a marker on a map and jumping to designated parts of the world, because in MGSV you can either call in your chopper Pequad for pick up, or you can hop inside your cardboard box at an outpost’s loading zone and be transported from spot to spot instantly by enemy transports. Naturally you need to collect your destination’s invoice otherwise the postman will have no idea where to send you. This is such a silly and yet brilliant use of the iconic box which has served similar purposes in the past, but never to such a practical end. Box transport can actually be more efficient than a chopper exfiltration, especially on Mother Base, where waiting for Pequad and then waiting for landing can take twice or three times as long.

Oh and you can also use boxes as a makeshift toboggan and dive down hills like a demented man-child.

Like the sheep rescue mentioned above, decoys were introduced in one of the gameplay demos that came out long before The Phantom Pain’s launch. Boss can develop inflatable mannequins of himself and take them out in the field, tossing them as a distraction and fooling enemies into popping a harmless balloon, while he escapes/gets the drop on the unsuspecting soldier. It’s something that registered as an absurd and chuckle-worthy tool, because how would anyone fall for such a thing?

The answer is me, and probably you too. Enemies start to post decoys of their own as you progress in the story and you would be very surprised to learn how easy it is to get got by them. Your buddies who generally help mark enemies and ID threats in the area tend to skip marking decoys, which means after you think you’ve identified all the potential baddies in an area you can very easily turn a corner and come face to face with a guard and panic before realizing he’s a fake. Better yet, popping a decoy balloon will make noise and attract any nearby enemies. Some of the decoys are placed in very clever spots, such as directly on the other side of a closed door.

I can’t stress enough how much of a well-needed contrast these joyful moments are to the general tone of Metal Gear Solid V’s story. At its core MGS has always broached difficult subject matter but nothing as intimately as The Phantom Pain. After undergoing some of the game’s more upsetting moments it’s nice to enjoy the lighter things it has to offer, or maybe check out your home base’s animal reserve, which houses all of the animals you’ve kidnapped and almost certainly traumatized beyond repair. You know what, I’m starting to see why Big Boss ends up becoming the villain.