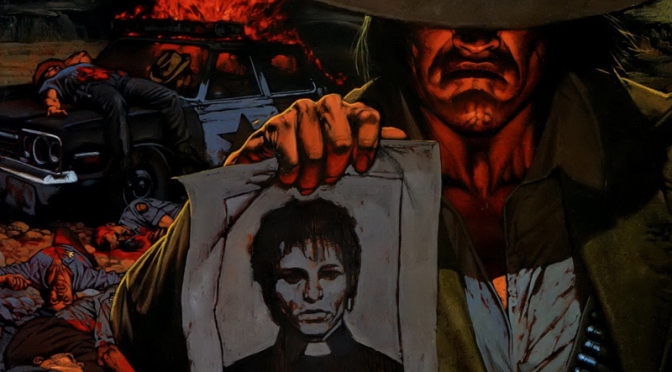 We’ve been following the development of AMC’s Preacher for a few months now, ever since it was first reported that Seth Rogan and Evan Goldberg would be adapting the Vertigo comic series for AMC.

Originally only a pilot commitment, it was revealed that AMC has ordered a 10-episode series, with Rogen and Goldberg directing the pilot written by Sam Catlin (Breaking Bad), who will also serve as showrunner. Rogen made the announcement on Twitter with our first promo art from the series:

The poster takes some iconic imagery from the first issue of Preacher (Jesse Custer’s church) and quite literally turns it on its head, much the same way the series itself did with its heavy dose of religion and historical mysticism. The poster and series order was confirmed by AMC shortly after the announcement.

We’ve seen a few images so far from the set of Preacher, the most recent revealing our best look at Ian Coletti as Eugene Root AKA Arseface, as well as our first look at Joseph Gilgun (MisFits) as Irish Vampire Cassidy. 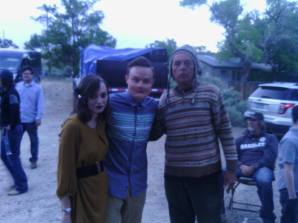 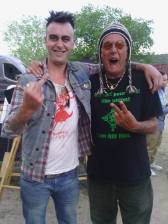 Interestingly enough we have still yet to see a clear image of Dominic Cooper as the titular Preacher Jesse Custer, or Ruth Negga as Tulip, who round out the trio of characters the series focuses on.

Preacher is based on Garth Ennis and Steve Dillon’s Vertigo comic series which saw a 66-issue run along with some special editions. The series has been a fan favorite for years, with Goldberg himself working on developing the series for the last seven years. 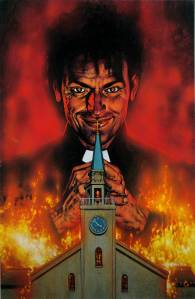 “We started reading the comic when it first came out in the ’90s,” said Rogen & Goldberg. “In many ways Garth’s sense of drama and comedy and Steve Dillon’s visual aesthetic helped form our style, and the idea that we are actually bringing Preacher to life is a dream come true. This is the craziest thing ever and we can’t wait to move forward and work our asses off to make it the best it can be.”

Preacher is set to hit the small screen in 2016, with a possible May release date. Be sure to keep checking back to GB for all the latest Preacher news and developments.

Are you excited to see Preacher finally make it to the small screen? What do you think of the first poster? Let us know in the comments section below or join the discussion on the Grizzlybomb Facebook Page!