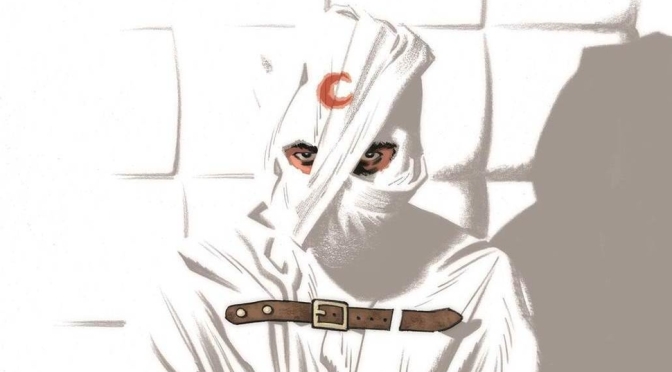 Often terribly described as ‘Marvel’s Batman,’ Moon Knight has had a storied career as one of Marvel’s street level heroes, with a number of series over the years that have tackled the incredibly interesting story of Marc Spector.

The new series will be written by Jeff Lemire, who has kind of made a name for himself lately by taking less popular characters and bringing them acclaim, like he did with DC’s Animal Man and Swamp Thing, and more recently All-New Hawkeye (following Matt Fraction’s stellar run with the character). Returning to the book will be Greg Smallwood, who pencilled a number of issues from the latest series following the departure of Declan Shalvey. 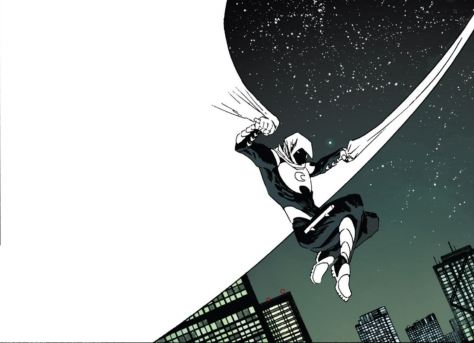 The new series looks ready to tackle one of the most interesting aspects of the Moon Knight character, which are Spector’s split personalities – mercenary Marc Spector, billionaire playboy Steven Grant, and taxi driver Jake Lockley – and his relationship with the Egyptian god Khonshu, who first gave him his role as Moon Knight. Of course, there has always been a discussion on whether or not Khonshu is real or Spector is losing his mind(s), which we might see further developed in the upcoming series.

The first released images are in black and white, but we aren’t sure yet if that’s a style choice for the series as a whole or just these few pages, which look to have a flashback quality to them. You can check out the first images from the new series below:

With rumors circulating that Moon Knight might be one of the characters Marvel Studios is looking at for thier next phase of Netflix show, the time is perfect for a new Moon Knight series to really explore a character that has been a part of New York’s street team for decades.

Are you excited to see a new Moon Knight series? Do you think the character should be considered for a Netflix series? Let us know in the comments section below or join the discussion on the Grizzlybomb Facebook page!

For more from Marvel/Netflix be sure to check out the recently released Jessica Jones Trailers, or our Marvel/Netflix Update, and check out what else Marvel has planned for the mutants and Inhumans with the upcoming Extraordinary X-Men #1!