The creepy first trailer for The Boy dropped recently, and if you have an aversion to creepy dolls that may or may not be possessed by a malignant spirit, this is probably not your kind of movie. If you do not have a strange fear tied to inanimate objects, check out The Boy trailer below!

Like a cross between Annabelle and Child’s Play, The Boy looks to attack some of the horror genre’s most basic tropes including ghost children, dolls and backstories of possible murder and curses. The film stars Lauren Cohan, who should be familiar to fans of The Walking Dead as Maggie Greene.

William Brent Bell is directing and even though this is the same guy who directed The Devil Inside, which is regarded as a sub-par entry (even by found-footage standards) in the horror genre, it’s fair to give any director another shot. You never know when they may hit their stride, and it’s already very apparent that The Boy shares very little in common stylistically with The Devil Inside.

The screenplay is written by Stacey Menear whose script for another film, Mixtape appeared on the industry’s “Black List” of the best unproduced screenplays of the year. Not bad for a relative newcomer and maybe just the thing Brent Bell needs to create a successful little haunted doll movie. 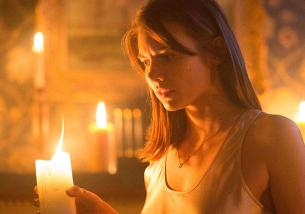 Check out the official synopsis for the film which reveals only a few extra details the trailer does not:

Greta (Cohan) is a young American woman who takes a job as a nanny in a remote English village, only to discover that the family’s 8-year-old is a life-sized doll that the parents care for just like a real boy, as a way to cope with the death of their actual son 20 years prior. After violating a list of strict rules, a series of disturbing and inexplicable events bring Greta’s worst nightmare to life, leading her to believe that the doll is actually alive.

One thought on “Countdown to Halloween: Lauren Cohan Stars in New Trailer for THE BOY”