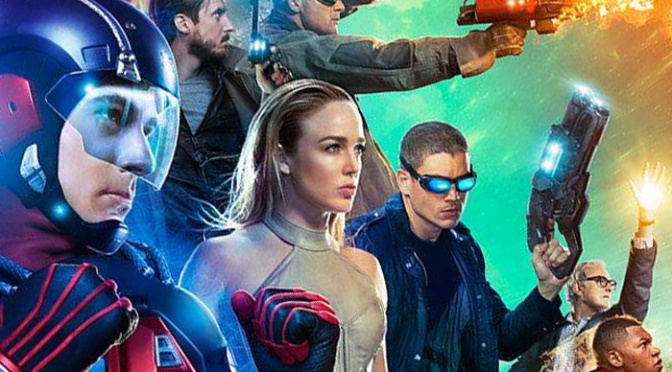 Thanks to the Flash and Arrow crossover that aired this week, we get a jumping off point for the CW’s new superhero TV series, Legends of Tomorrow. When the first trailer appeared back in May, it was a surprise to a lot of people, even people like me, who like to think they know a little bit of what’s supposed to be coming up. Due to the team itself, the Legends of Tomorrow trailer couldn’t help but spoil storylines in both Arrow and The Flash. So we got a surprise trailer and it was amazing.

Fast forward to December and we have our second trailer, which is action packed and super exciting. Check it out below:

The plot of Legends of Tomorrow seems straight forward enough in the trailer; Rip Hunter is a time-traveler from the future (oh the irony of Doctor Who‘s Arthur Darvill playing a time-traveler), has come back in time to create a team of superheroes to defeat Vandal Savage, who according to Rip, has guaranteed doom for the future of the world. Of course, I am expecting some heavy-duty twists and turns as Arrow and The Flash are chalk full of them.

There is a lot to be excited for and in the trailer we get some scenes that are super entertaining. The team must travel through various time periods in order to stop Vandal Savage before he becomes the unbeatable villain who has;

Why do British accents make every villain sound so much more intimidating? Add that to the obvious connection to Batman and Superman’s deaths, DC’s golden children, and we’ve got a pretty heavy-duty villain to look forward to.

What do you guys think about the trailer? I’m really excited to see how this show will be pulled off, as time travel can get sticky. I do think the CW can pull it off though, after seeing such success in their other DC properties. 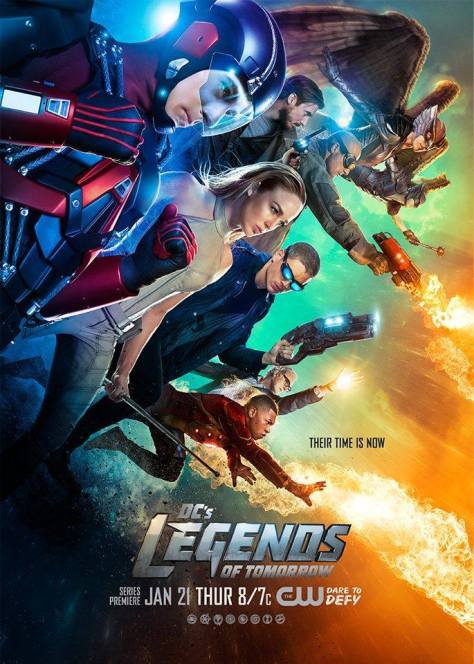 Legends of Tomorrow will premiere on Thursday, January 21, 2016. We’ve got a superhero show almost every day of the week starting next year! The show is set for 15 episodes, but I’m sure it will get picked up for a whole season. 2016 looks like its gonna start of the year right, not just in theaters, but TV as well!