Good friends are important, and best buds even more so. Someone who has your back, and who will be there when the chips are down. And of course, a heavily super powered friend that shares your own values, motivations, and love for extremely tight uniforms has to be pretty much the best thing ever.

There have been a lot of great pairings over the years in the comic book world, from best friends to friendly rivals. With more than a few friends taking each other on in the theaters next year with Batman v Superman: Dawn of Justice and Captain America: Civil War, it’s important to take stock of these friendships that have developed on-screen and in the comics for years. Sure, they’re fighting now, but chances are after the battle they’ll all go and grab a few beers and bro out over the battle.

There are quite a few more great friendships among the superhero community, buddies that have been through the thick and the thin, fought each other more times than they could count, and have even survived the ‘finality’ of death (at least until the inevitable rebirth). Let’s take a look at some Superhero Best Buds that have survived the test of time. 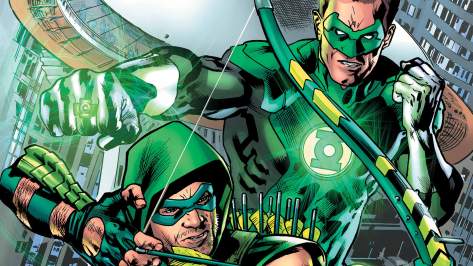 Hal Jordan and Oliver Queen couldn’t be more different, but the respect for each other’s character is a defining trait between the two. A standout moment for the friendship featured the pair (accompanied by a Guardian) traveling across the country to find the heart of America. They learned a lot about themselves and each other, forever linking the two men. Their friendship has endured death and rebirth on both sides, but it remains to be seen what kind of friendship will exist in the New 52, even after a few years of the new continuity.

One of the best bromances on the list, Hank McCoy and Simon Williams just can’t seem to get enough of each other, usually to their other teammates’ aggravation. Their humor was perfectly matched and resulted in a friendship and partnership that was a highlight of the Avengers for years. They had a number of adventures with the Avengers and on their own in a few miniseries, and no one can deny the team had a bit more fun with Simon and Hank on the roster. These days their friendship is less of an everyday thing, but still as strong as it ever was.

Barbara Gordon and Dinah Lance became friends early in their careers, especially for Barbara, who met Dinah during her first year in the cowl as Batgirl. These gal pals share a respect and love for each other that has been a strength for both women in their daily lives as well as their crime-fighting personas. It resulted in the formation of the Birds of Prey, a generally female driven supergroup led by Dinah and Barbara, who was known then as Oracle until the New 52. This friendship has lasted through the Crisis and reboots of the last few years, and continues to grow stronger as they work together.

There are a few humorous buddies on this list, but none have quite the flair for wisecracks like Peter Parker and Johnny Storm. This pair has been friends for years, even if they spend more time arguing with each other amid a flurry of practical jokes and competitions. When Johnny Storm ‘died’ on an adventure with the Fantastic Four, his will stated that Peter be his replacement on the team, showing the bro love shared between the two. The two meet every Christmas at the Statue of Liberty to exchange gifts and well wishes.

Ted Kord and Michael Carter were the undisputed comedic duo of the DC universe, and no other friends have quite measured up to the annoying antics of the Justice League International’s best members. Known for their plucky jokes and crazy schemes, the two formed a friendship that defined their careers until the untimely death of Ted Kord at the start of Infinite Crisis. He has unfortunately yet to receive a rebirth, unless you count Blue and Gold’s appearance in the future of Justice League 3001, which is sure to drop as many “Bwa-ha-ha-has” that you can handle.

More commonly known as the world’s worst superhero team, Eric Henderson and Woodrow Van Chelton were childhood friends and have the longest relationship on the list. While they drifted apart in their teen years, the two were forced back into each others lives when an experiment that gave them their powers also forced them to make contact with each other once a day to survive. This forced coupling resulted in a ton of laughs and a unique bond between the two that anyone with a friend like Woody or Eric can relate to. 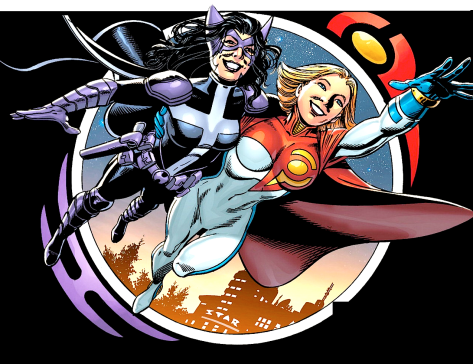 This relationship is better presented on DC’s Earth 2, with Karen Starr and Helena Wayne (as opposed to Helena Bertinelli, who exists quite differently in the New 52). In the Bronze Age of DC and the New 52, Karen and Helena grew up together as the second generation of their Earth’s greatest heroes, Superman and Batman. Their friendship grew due to the similarities in their lives as much as their differences, much like their mentors. The New 52 version’s relationship seems especially close, as the two survived their exile on a different world by relying on each other, like true friends can. 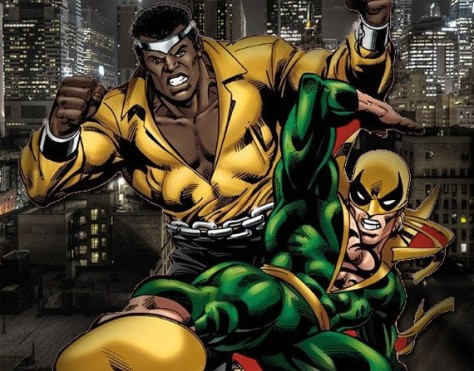 One of the best working relationships on the list, Luke Cage and Danny Rand are better known as the Heroes for Hire. These two friends combined their unique skills to make a profit and do the right thing, while being true to their characters and to each other as best friends. They may have differing opinions on many things, but they value each other’s friendships and history as a great team. These two are friends for life, and probably would have ended up that way even if they never had powers and a fondness for silver tiaras. We’re looking at you, Cage.

A superhero friendship is a wonderful thing and takes many different forms, but as always the best ones reflect on our personal friendships and how they relate to our favorite heroes. Still, our friends would be a lot cooler with super powers. Do you have your own favorite Superhero Best Buds we may have missed? Let us know in the comments section below!