Christmas is almost here, and its time to celebrate the holidays by taking a look at some of our favorite Christmas curmudgeons!

Many a holiday tradition involve annual viewings of various holiday classics that embody the spirit of Christmas. These films almost always feature a heroic character who perseveres through hardship or learns a valuable lesson due to the spirit of the season, and countless families have bonded over these classic films for years.

But where would these heroic characters be if not for the Christmas villains who threaten the merry holidays time and time again? And by villains, we mean a bit more than a warm breeze that takes out Frosty or the frozen pole that tantalizes youthful tongues. No, we will be taking a look at the vilest of the villains that we watch each and every year to celebrate the holidays. 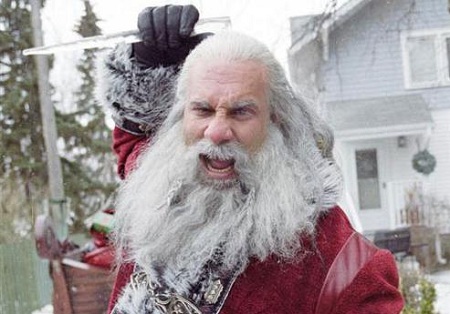 This murderous version of Santa was not the one we grew up hearing stories about. Played by wrestler Bill Goldberg, Santa is actually the son of Satan (basically the anti-christ), who is forced to deliver presents to children for 1000 years after losing an epic curling match. Now it’s 1000 years later, and Santa is ready to slay. While the story behind this evil Santa borders on ridiculous, he is the perfect villain to start off our list.   – S. Fraser 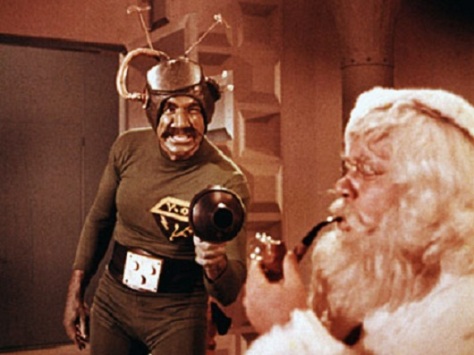 While some consider this one of the worst films ever made, fans of the cult classic can appreciate the motivation behind the Martian’s attempt to kidnap Santa Claus, considering they just want him to bring Christmas to Mars. It’s the evilness of Voldar that makes it on to the list, who repeatedly tries to kill not only Santa Claus, but two innocent children as well. In the end Santa and the children return to Earth, Voldar is arrested, and the joyful Drogo becomes the Martian Santa.  – S. Fraser

Young Billy Caldwell witnesses a knockoff Santa violently murder his parents when he is just a boy. As he matures into adulthood, Christmas triggers flashbacks too powerful for him to control, resulting in his dressing like ol’ St. Nick and murdering people whom he deems ‘naughty’. In the sequel, Billy’s younger brother Ricky takes over the mantle. The second movie is largely comprised of flashbacks to its predecessor, but it’s one scene in particular from the sequel that has given the franchise new life in recent years.   – B. Kronner

Farkus and his stupid hat represent one of the season’s most notorious bullies. And his continual harassment of Ralphie after school results in one of the more satisfying comeuppances in all of film. Prior to Ralphie going all Joe Louis on Farkus’ face however, ol’ Scut terrorizes the neighborhood with a combination of snowballs, a menacing laugh, and yellow eyes. Now, every holiday season we are subjected to this jerk for 24 hours straight.   – B. Kronner 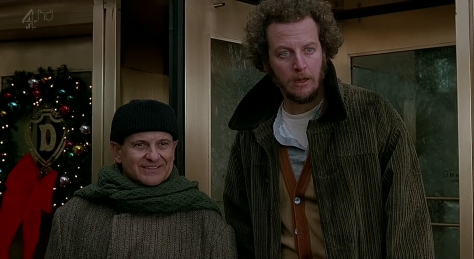 The Bumble – Rudolph, the Red-Nosed Reindeer 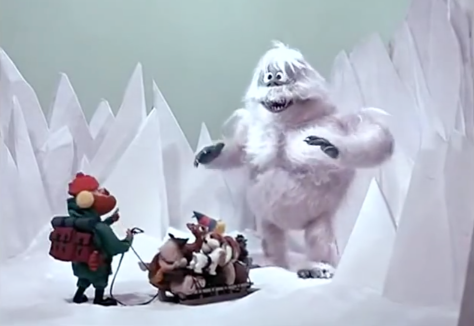 The longest running Christmas TV special in history has entertained children and held a place in the hearts of adults for decades. The special tells the story of Rudolph, along with Hermey the elf and Yukon Cornelius, as they discover the Island of Misfit Toys and the abominable snow monster known as the Bumble. Struck down in his sleep by Hermey the amateur dentist, the newly toothless Bumble’s monstrous ways are eventually tamed by Yukon.   – S. Fraser 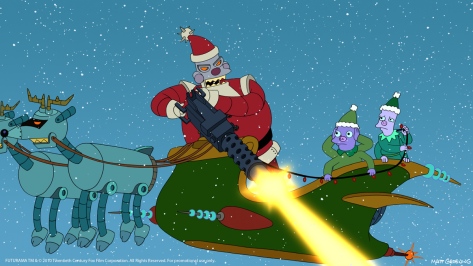 A simple programming error turned the potentially jolly Robot Santa of the Futurama era into a murderous punisher of those on the naughty list. Perfectly voiced by John Goodman, Robot Santa leaves his Death Fortress at the north pole on Neptune once a year to deliver presents to the nice and extreme punishment to the naughty, which due to the programming error is pretty much everyone. Except Zoidberg, who receives a gift from Santa in the unfortunately LQ clip below.   – S. Fraser

Oogie Boogie – The Nightmare Before Christmas

A living sack of bugs and spiders is bound to be some kind of villain. Originally appearing in Tim Burton’s The Nightmare Before Christmas, the gambling Bug King went on to star in The Nightmare Before Christmas: The Pumpkin King, the Kingdom Hearts game series, and even his own game, Oogie’s Revenge. Sending out his henchmen of Lock, Shock, and Barrel to steal Santa Claus, Oogie Boogie then torments the poor confused Jolly ol’ St. Nick. Thankfully Jack Skellington saves the day and Christmas lives on despite Oogie Boogie’s attempts to thwart the cheer. – A. Broyles

These maniacal little creatures may have started their lives out as super cute and furry Mogwai, but after a few broken rules they evolve into the Gremlins and terrorize the holidays. Stripe serves as the leader, chief tormentor of Gizmo, and progenitor of the second batch of Gremlins who set about terrorizing the town. Stripe stands out not only for his apparent hatred of Gizmo, but his callous and dangerous attitude towards the residents of Kingston Falls. – S. Fraser

The Killer in the Attic – Black Christmas

One of the first real slasher films, the mysterious murderer of this ’74 classic relies on the power of anonymity, while his creepy calls continue to raise the level of tension within a sorority house and the girls who reside there. The few times we do see and hear this killer make for a tense and frightening experience that influenced a number of future slasher films, and cast an unforgettable pall on the holiday. The 2006 remake delves further into the mysterious killer, but for our money, the original has it beat any day of the week.    – S. Fraser

The literal basis for the holiday hater’s nickname, Ebenezer Scrooge has epitomized the Christmas villain for generations. A lifetime of choices, misdeeds, and regrets helped warp the curmudgeonly bah-humbugger until he was shown the true meaning of the holiday by the spirits of Christmas. While there are a number of adaptations of Charles Dicken’s classic tale, we are partial to Alastair Sim’s portrayal of the titular character in 1951’s Scrooge, which was retitled A Christmas Carol in the US.   – S. Fraser

We make no secret of our favorite Christmas movie here at Grizzlybomb, despite the ongoing argument over whether or not Die Hard is a Christmas movie. Well, it is. And it features one of our favorite villains of any holiday, Alan Rickman’s Hans Gruber. Four sequels later, and we still fondly remember Gruber as the ultimate foil to John McClane, and still Alan Rickman’s greatest role to date. Whether you agree that Die Hard is a Christmas movie or not, if it’s a favorite villains list, chances are Gruber will be on it.  – S. Fraser

The bitter Christmas hating creature with the heart two-sizes too small is known to children around the world from both the book by Dr. Seuss, the 1966 animated TV special, or the somewhat disappointing live-action version starring Jim Carrey. While the Grinch plots to ruin Christmas for the residents of Whoville, the unbridled joy and optimism of the town and young Cindy Lou results in the holiday-challenged Grinch to change his tune and join in on the happy holidays.   – S. Fraser 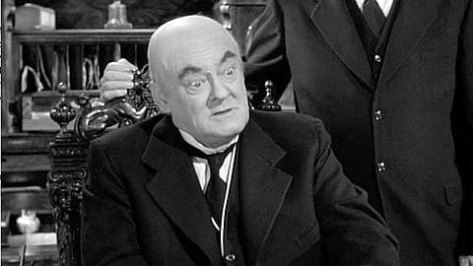 While some of the other characters on this list see the error of their ways and are changed by the spirit of Christmas, Henry F. Potter (played by Lionel Barrymore) remains unmoved by the season. The loveable George Bailey and his family – along with the town of Bedford Falls – manage to enjoy their Christmas despite Mr. Potter’s villainy. And while the battle between “the richest and meanest man in the country” and the Bailey Building and Loan is won by Bailey, Potter doesn’t really lose. Unless you count the deleted scene where Potter dies of a heart attack.   – S. Fraser

This list of Christmas curmudgeons is full of monsters, killers, and evil businessmen, but they remind us that even the most villainous of characters can enjoy the true spirit of Christmas.

Happy Holidays from all of us here at Grizzlybomb!