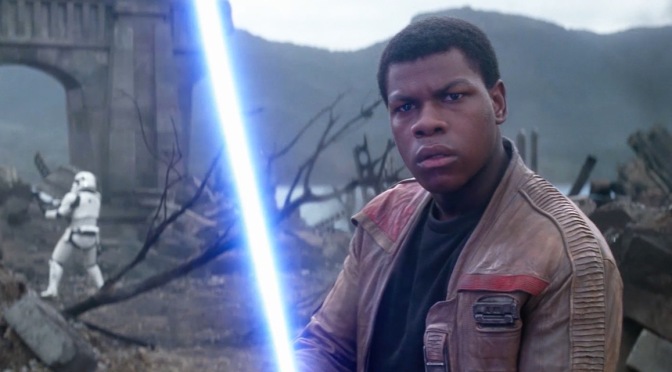 There has been an awakening.

Star Wars The Force Awakens finally arrived in theaters on Thursday and we all got to see the first new Star Wars film since Disney purchased the franchise from George Lucas for roughly $4 billion. One thing is clear, it looks like Disney will have no trouble making that money back and then some.

Domestically, The Force Awakens made roughly $248 million dollars and another $281 million internationally. The global tally now being reported as about $529 million. The domestic and global totals are both records, beating those previously set by Jurassic World earlier this year. Additionally the movie broke a few other records including biggest single day total posting just under $120 million on Friday, as well as posting the highest Sunday total at about $60.5 million. It also nearly tripled the biggest opening weekend for any movie in December in the U.S.

Commercially it’s clearly a hit, but, is it actually good? Yes, yes and more yes. It’s pretty great and I think anyone, Star Wars fan or not, would at the very least have fun watching this movie. Now, as the headline suggests, this is a completely spoiler free review of the film, so if you haven’t seen it you can read this without worrying about ANYTHING being spoiled.

As I mentioned above, The Force Awakens is great and more than likely you’ll have a really good time watching it. It really is a fun ride. You can feel Lawrence Kasdan’s influence in the dialogue, it actually feels like original trilogy. The acting was pretty good all around, especially from all the newcomers. John Boyega and Daisy Ridley in particular were really fantastic, but Oscar Isaac and Adam Driver also steal a few scenes. And Harrison Ford? Man, he was great in this, when you look at the screen you don’t even see Harrison Ford, it’s Han Solo, and he’s spot on. The special effects where also top-notch and you can tell that the decision to do as much as they could with practical effects really showed, and that was a true benefit to the film. The score and sound design was also good, though the score isn’t quite as instantly iconic as John Williams’ previous Star Wars scores have been. 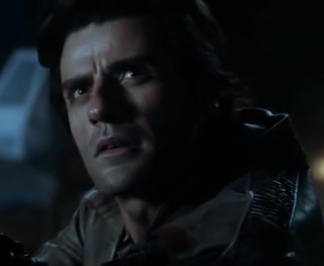 All that said, the movie is not without its problems. The issues in The Force Awakens aren’t on the same level as the issues in the prequels. For instance, there aren’t Star Wars mistakes in The Force Awakens where as the ending of Revenge of the Sith directly conflicts with Leia telling Luke that she remembered her mother in Return of the Jedi. However, as I write this, I’ve realized I can’t really delve into some of the issues I had with the movie without spoilers so stay tuned for that later this week. What you should take away from this though is that the movie is a return to form for the franchise and you should absolutely go see it.

Did you already see The Force Awakens? Let us know if you did or didn’t like it. As this is the spoiler free review, please keep your responses similarly spoiler free and save your spoiler stuff for our spoiler review to come later.

Is Star Wars a family affair with you and yours? Be sure to check out Star Wars: The Force Awakens – Passing the Saber, a look at how the franchise reaches out and speaks to fans of all ages from different generations. Also be sure to take a look at the upcoming revival of the X-Files as well as our Hulk Giveaway!