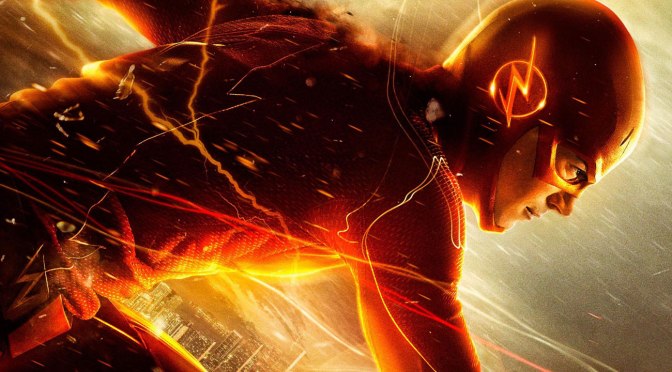 With the upcoming DC movies slated this year, we have been promised standalone feature films from each of the Justice League characters. There have also been some speculations and rumors that we will get a brief viewing of more than the title characters in the Batman VS Superman: Dawn of Justice movie. The Flash has been rumored to be one of those characters.

The cinematic Flash as Barry Allen will be portrayed by Ezra Miller, as opposed to the CW’s extremely popular Flash who is portrayed by Grant Gustin. Some backlash has ensued with the casting of the cinematic Barry Allen, as we have all grown to love and adore Gustin’s take on the character. However, Gustin has taken to twitter to clear the air and try to make the situation as civil as possible by showing his support for Ezra Miller.

Hey, Twitter. Stop putting words in my mouth. Hate that I felt the need to do this, but read this if you please. pic.twitter.com/uVeoGGYRez

As we know, the studio has stated that the DCTV universe is separate and different from the DC cinematic universe, contrary to the Marvel cinematic universe, where TV and features exist together. However, this still seems to elude some fans, as Gustin has felt the need to address it on twitter.

It’s hard to see an actor get frustrated with his own fans, but it tends to happen more often than not as fans forget that actors are human beings. Grant Gustin seems like a really stand up guy, and while I love him as Barry Allen on the CW’s Flash, I am no less excited to see Ezra Miller’s take on the character.

Sometime’s the uproar in geekdom really doesn’t make a lick of sense and it’s nice to see people like Gustin who speak up about it.