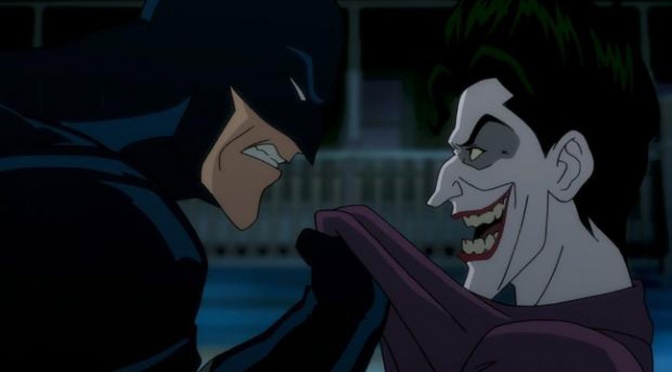 The 1988 graphic novel The Killing Joke is one of the most influential works written in the last thirty years, and it’s brutality is about to be introduced to a whole new generation…

Warner Bros. Animation and DC Comics are bringing back some of the most beloved voice actors in history to tell a story long thought to graphic for animation. Kevin Conroy, Tara Strong, and Mark Hamill brought life to Batman: The Animated Series back in the 1990s, and now they are returning to those roles again.

Photo recreation of @RealKevinConroy and @HamillHimself as the roles I grew up knowing them as. pic.twitter.com/ncqsHewxG9

Kevin Conroy and Mark Hamill are the quintessential voices of Batman and The Joker for my generation, and fans were aswoon upon the announcement of their return. Less hyped, but just as important, Tara Strong (voice of Barbara Gordon for the last two decades) adds one more bat-credit to her resume. Not only has strong been credited as Barbara Gordon over 50 times in various television episodes of different shows, but also famously voices Harley Quinn in the Arkham series of video games.

The bat-veterans will be joined by one of the greatest character actors of all time, Ray Wise in the pivotal role of James Gordon.  Wise (a personal favorite), if you don’t know the name, has a rather impressive resume; 24, Twin Peaks, Mad Men, Agent Carter, Reaper, and RoboCop just to name a few. The original Gordon from B:TAS, Bob Hastings, unfortunately passed away in 2014.

Again tying back to Batman: TAS, Bruce Timm (DC Animation Godfather) is running the show here, and can be seen in the video below, detailing the project a bit and giving us our first real look at the upcoming film…

So, possible R-rating, beloved cast returning, artwork true to the original – this all sounds great to us. The novel, beautifully written and illustrated by Alan Moore and Brian Boland is a book every Bat-fan should own, and we can’t wait to see the animated version. Batman: The Killing Joke is set for video release later this year.

Be sure to keep checking back in at Grizzly Bomb for the latest on this, and other projects you’ll probably be interested in!