Collectibles. We here at Grizzly Bomb love them, and as a previous collector myself I am always on the lookout for some awesome new plastic creation that (if I cannot buy), I can at least talk about at some length. So it was pretty fantastic to come across Hiya Toys, a company that specializes in small 1:18 inch figures of some characters you may recognize.

The companies brief pretty much tells you that they are ready for business, and they’re not fooling around. This can certainly be seen in the work they have produced so far.

WE have strong capability of self-design, model fabrication and international distribution channels to serve customer all over the world.

WE develop product portfolio of articulated figures including licensed and military series. Both lines are successfully distributed into market.

WE follow closely with branch dynamic and market trend to keep our core competitiveness.

WE are ready for customized models, scenes and OEMs.

Their none franchise based figures look pretty cool on their own (if Nazi Soldier designs are something you are into) and you can see the selection they have available in the gallery below.

But it is their Alien range which really caught my eye. These little beauties have some incredible sculpts for something so small and look pretty special. There is a wide selection of them which are due to hit the shelves sometime this month (fingers crossed). 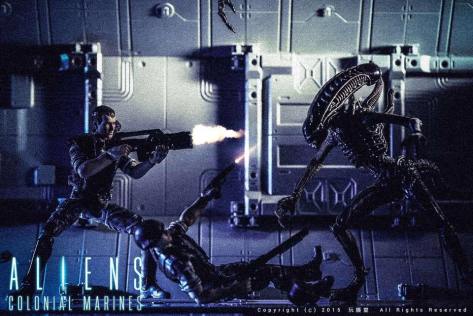 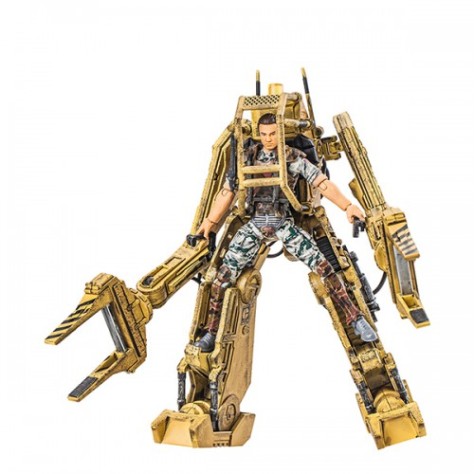 From Hiya Toys. A PREVIEWS Exclusive. The Caterpillar P-5000 Powered Work Loader, or Power Loader, is a commercial mechanized exoskeleton used for lifting heavy materials and objects, and is heavily employed by the United States Colonial Marine Corps to load ordnance on board their starships. Power Loaders are equipped with hydraulic “claws” that can be used to hold and manipulate a variety of objects. Perhaps the most famous use of a Power Loader was when Ellen Ripley used one in desperation to engage a Xenomorph Queen in hand-to-hand combat aboard the U.S.S. Sulaco. 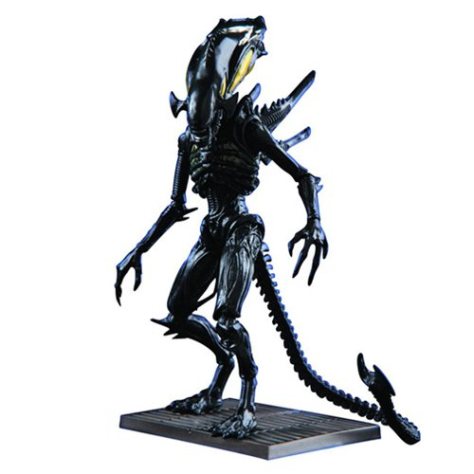 From Hiya Toys. A PREVIEWS Exclusive. The Spitter, also known as the Ranger, is a Xenomorph caste that was encountered by Colonial Marines from the U.S.S. Sephora on Acheron (LV-426). As its name implies, it attacks by spitting large quantities of acid at enemies, typically from some distance away. Spitters also possess large axe-like tails that are rarely used since Spitters like to keep their distance. Standing approximately 4″ tall, the Alien Spitter comes with an egg, a face-hugger and three sets of hands.

From Hiya Toys. The Boiler is a Xenomorph caste, first encountered by the Colonial Marines from the U.S.S. Sephora on LV-426. It possesses a unique form of attack, whereby it will forgo the typical melee or spitting attacks used by other Xenomorphs in favour of suicidally rupturing its own body, drenching nearby targets in huge quantities of acidic blood. The Alien Boiler stands approximately 4″ tall comes with an egg, a face-hugger and three sets of hands. 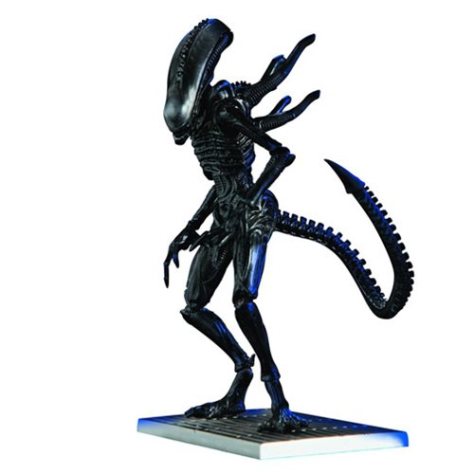 From Hiya Toys. A PREVIEWS Exclusive. Lurkers use their agility to outsmart prey. This form of attack requires a thin, spindly figure, which makes it trade brute force for overwhelming speed. Lurkers also have a stronger exoskeleton than Warriors, giving them the ability to take more damage. The fearsome Alien Lurker comes with three sets of hands and a face-hugger.

From Hiya Toys. A PREVIEWS Exclusive. Though the exact details of their inception are unclear, the Aliens apparently gain the upper hand quickly, corralling the ill-fated human residents of colony LV-426. By the time the Space Marines arrive, a scan is performed and the surviving colonists are revealed to be gathered in a central location; however, it is later discovered that the colonists are in fact cocooned within a network of dense Alien resin and are impregnated with chestbursters. The mature Xenomorphs quickly overwhelm the marines, forcing the remnants to withdraw, but the mature Xenomorphs follow in their wake. The Soldier Alien stands 4″ tall and comes with a display stand, three sets of hands and a face-hugger.

There are also a few without bios which are just as interesting, especially the appearance of Hudson from Aliens.

It is these special feature styled Xenomorphs which may the line so interesting to look at. Unlike previous Alien toy lines which tried similar things, but went too far from the mark (I am looking at you Kenner, a Rhino Xenomorph is not what I am looking for!) these actually seem to suit the purpose of expanding the Xenomorph line in a fun, yet believable way.

Even more exciting is the fact that we have just found out (via Toy Ark) that this company is going to give the same treatment to the Predator franchise. You get to vote on these characters from the movie, you can pick up to 3…

As awesome as every character is in the film, I think the sexual tyrannosaurus Blane Cooper is the one for me! You can vote using the link here. (Ed. Note – You know Dutch is getting made, so I voted Dillon, Blain, and Billy – BK)

There have been small Predator figures made in the past (most notably the versatile and fun collectibles from ReAction Retro figures) which look fantastic, so it will be interesting to see how these figures match up to those when they get made. To get more information on this be sure to check their Facebook page.

Looking at the quality of the companies small, yet impressive output so far I would imagine the license is in good hands.