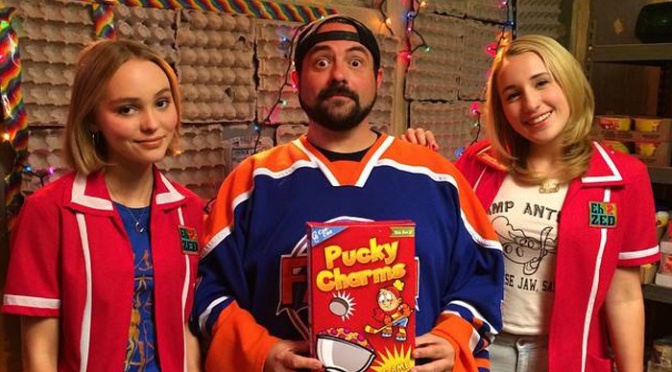 “Two teenage yoga enthusiasts team up with a legendary man-hunter to battle with an ancient evil presence that is threatening their major party plans.”

I worked a lot of years behind a video store counter, and if you take the words “yoga enthusiasts” out of the above description, it could describe several 1980s genre movies. However, times have changed, and attaching Kevin Smith, Johnny Depp and a slew of other recognizable names to a project like this has drawn the ire of a lot of critics. For some, fond memories of Clerks and Chasing Amy now seem a lifetime ago, and plenty of once loyal Smith-fanatics are jumping ship. This movie isn’t likely to stop that exodus.

Yeah, it might not look like your cup of tea, and early reviews from Sundance haven’t been kind, but Smith isn’t trying to impress the critics. He knows that the film is weird, and he’s been very open about the fact that it’s not for everyone. This was a chance for him to do a project he enjoyed making, working with people he wanted to work with, and doing it on a budget that wouldn’t make him beholden to anyone. Good or bad, kudos to Smith for doing what he wants. And perhaps more importantly, he gets to be a good father. The two leads in Yoga Hosers are Lily-Rose Melody Depp (Johnny’s daughter) and Harley Quinn Smith, who is, of course, Kevin’s daughter. They reprise their roles from Tusk as the Colleens, and Kevin and Johnny got to spend some quality time working with their kids. The movie actually returns a lot of cast from Tusk, including Justin Long, Haley Joel Osment, and Genesis Rodriguez. It also features names like Jason Mewes, Tony Hale, Adam Brody, Stan Lee, Natasha Lyonne, and Batman himself; Kevin Conroy. 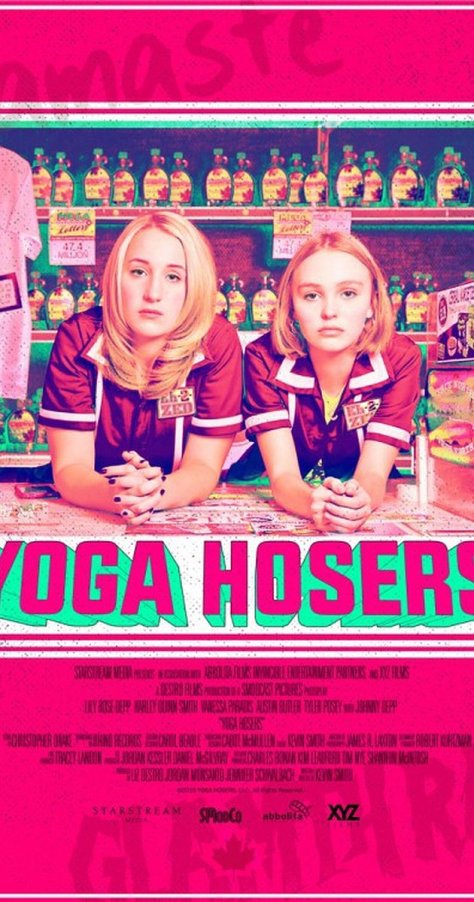 Yoga Hosers is the second part of what Smith is referring to as his True North Trilogy. The first part being 2014’s Tusk, and the finale will be titled Moose Jaws, which is a Jaws type concept, but with a moose as the protagonist. These films have a real schlock factor to them, which has never been something designed to pull in mainstream audiences, but as Troma has proven, it’s a subgenre that does have a following. Yoga Hosers seems like it could appeal to fans of Todd & The Book of Pure Evil (with Jason Mewes), and would appear to have a bit of a lighter tone than Tusk.

Regardless if the idea of Nazi Sausages attacking a Canadian convenience store sounds appealing to you or not, Smith isn’t trying to trick anyone into the theater with misleading trailers. He’s been honest and up front about the niche draw Yoga Hosers has, and for that reason, a lot of the criticism he’s taken seems unfair. He wasn’t trying to make Citizen Kane here, but that doesn’t mean there isn’t an audience to be found – critics be damned.