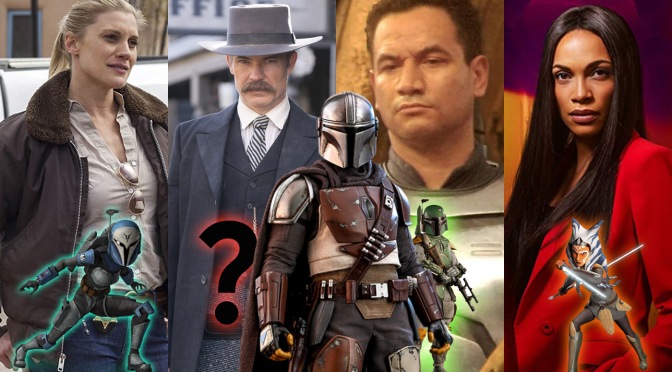 We’ve seen all too often movie sequels take missteps after great starts. Be it too many villains – the ’90s Batman sequels, Spider-Man 3, The Amazing Spider-Man 2, etc. – or too much reliance on bringing back past characters, which has been a big knock on much of the Disney-Era Star Wars Universe. Too much reliance on the Skywalkers makes a vast galaxy seem small.

So should we be worried about the second season of The Mandalorian? So far the casting decisions have been pretty universally praised. Temuera Morrison returning to the galaxy far, far away as a grown Boba Fett (or possibly to play Rex also?) is something we’ve all been waiting for, and it just makes sense as he was Jango, and the model for all the clones. And Katee Sackhoff (Longmire, BSG) reprising the character she voiced on the animated Clone Wars series – Bo-Katan – is being pretty universally celebrated.

Gotta say today was pretty much a career high for me. One day soon you’ll understand what I mean but for right now, just know that it’s the coolest thing ever!!!

And while some were bummed that Ahsoka Tano voice actress Ashley Eckstein wouldn’t be given the chance to play her character in the series, despite a recent voice cameo in The Rise of Skywalker, Rosario Dawson seems pretty amped to take on the challenge. There is a vocal minority on Twitter who wants Dawson removed, but the general fanbase seems to approve.

Additionally, there have been rumors of Sabine Wren, of Star Wars: Rebels making an appearance, which fans would not doubt rejoice – but this isn’t confirmed obviously.

And now we have news that Timothy Olyphant (Justified, Deadwood) will be joining the cast, though it’s not been revealed who he’ll be playing yet. Having previously played gunslinger type characters, it would seem to fit the mold of the western/samurai type theme the show has taken to this point. 1980s action icon Michael Biehn (The Terminator, Aliens) will also appear in the new season, his role also remains a mystery.

Michael Biehn in The Terminator (1984)

So what’s the problem here you might ask? Hopefully nothing. After all, season one masterfully maneuvered around several high profile guest stars that didn’t distract from the story. Aside from recurring characters played by Carl Weathers (Rocky, Predator) and Gina Carano (Haywire, Deadpool), the show featured a plethora of bigger name actors you might not have noticed in guest spots.

So Olyphant right now isn’t a concern, but what does bringing in Ashoka, Bo-Katan, and Boba do to the focus of the series? Thus far the story is just about Mando and the Child. Will Ashoka provide some insight given she knew Master Yoda? Will Boba Fett be a passing acquaintance or rival, and will his presence muddy continuity? There is a chance we’ve already seen Bo-Katan, as many believe she was, in fact, the armorer in season one given her helmet design and leadership role. 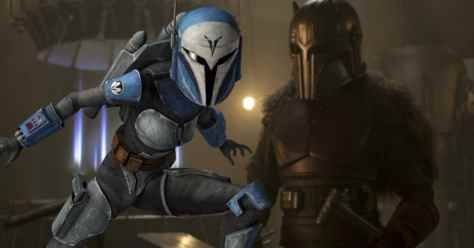 And if Sabine returns as well? It’d be fun to see these characters again, but part of what made the first season so great is how detached it felt from the Skywalker saga, and there is certainly a possibility that too much fan service in the second season could create the same problems here that we’ve seen in other Star Wars projects in recent years.

It’s quite possible that these are all just one-episode arcs, and will have no overreaching effects on the series, and I remain optimistic and excited about all these developments, I just hope this isn’t a case of ‘too much of a good thing’…