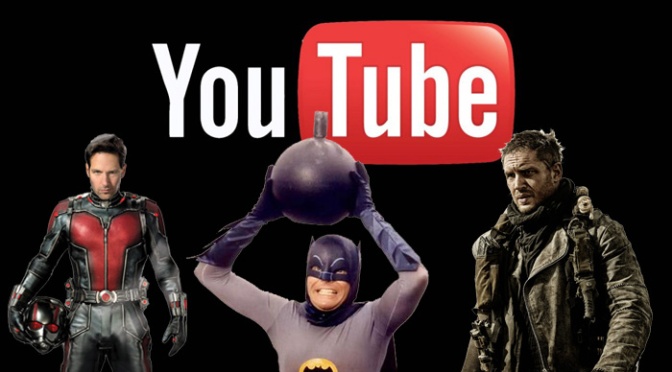 As we come to the end of this cinematic year, we have a chance to reflect and to look at what awesome movies came out and what are still to come in 2016. 2015 was certainly a great year for one thing, the mash-up movie.

END_OF_DOCUMENT_TOKEN_TO_BE_REPLACED

Welcome back to the Hero Express! It’s been a minute since we’ve gathered together to go over the latest crop of comic book-related movie news, but there couldn’t be a better time for the Hero Express, so let’s jump right into it.

END_OF_DOCUMENT_TOKEN_TO_BE_REPLACED

Recently we were introduced to the first poster from the highly anticipated Avengers: Age of Ultron, sequel to Marvel’s incredibly successful culmination of their shared universe experiment. We’ve been eating up and and all news and releases from Joss Whedon and crew as this movie comes closer to the theaters, but to be honest, we could have waited a little longer before seeing this poster. Check it out below before we start talking about it.

END_OF_DOCUMENT_TOKEN_TO_BE_REPLACED

With two trailers and several stills out so far, Avengers: Age of Ultron is gearing up for an explosive arrival at the summer 2015 box office. As media coverage continues to roll out for the franchise, British entertainment magazine Empire has revealed their the covers of their upcoming March issue, which heroically displays the entire cast, including newcomers Quicksilver and Scarlet Witch. Additionally, subscribers get a pretty menacing exclusive Ultron cover. I predict I’ll be a subscriber by this evening.

END_OF_DOCUMENT_TOKEN_TO_BE_REPLACED

Grizzly Bomb is proud to continue our partnership with the No Redeeming Qualities Podcast! This week the guys examine all the newest movie trailers for the upcoming summer slate.

END_OF_DOCUMENT_TOKEN_TO_BE_REPLACED 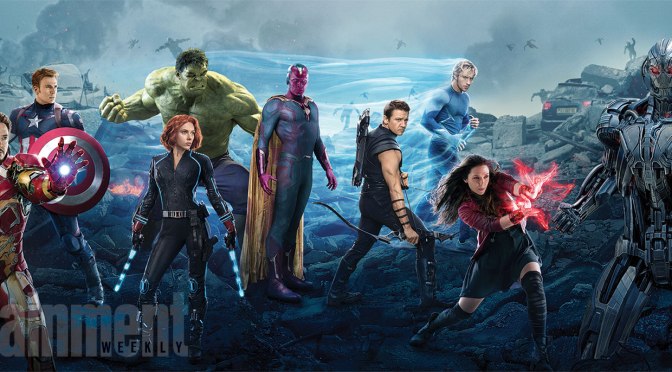 It wouldn’t be a new year without a new Avengers: Age of Ultron trailer. The titan studio released the new AoU trailer during ESPN’s College Football National Championship game. The trailer arrives in the wake of last week’s Ant Man trailer debut, which was aired during the premiere of new primetime TV show, Agent Carter. Right on schedule, the second trailer (while still withholding Vision) shows us several new clips, and as per usual we’re bursting with questions.

END_OF_DOCUMENT_TOKEN_TO_BE_REPLACED

ABC put on a pretty awesome (yet albeit rushed and a bit too short for our tastes) Marvel Comics special. It gave newer fans of the comics/films/TV juggernaut a sixty-minute look into the humble beginnings and current-day run of Marvel. If you happened to stay until the very end of this quick documentary piece, you were lucky enough to see some exclusive scenes from two upcoming blockbuster films – 2015’s Ant-Man and Avengers: Age of Ultron. Take a peek at the video below to see some B-Roll footage from Marvel Studios’ next Hollywood projects.

END_OF_DOCUMENT_TOKEN_TO_BE_REPLACED

I find myself making the above statement more and more every month, but it’s the truth. There is no better time than now to love comics, because there are so many avenues available to enjoy the characters and stories. Great comics coming from great creators, a new era of fresh TV adaptations, and an unprecedented slate of films heading to the big screen are all a part of what make this a damn good time to be a Marvel and DC comic fan.

END_OF_DOCUMENT_TOKEN_TO_BE_REPLACED

Comic book fans have probably now had time to regain their sanity. DC Comics dropped a bombshell with news of their planned slate of upcoming films. Then Marvel Studios came into the picture and dropped the mic themselves by announcing their next slate of movies. The comic medium is really taking over film and television in a big way – and next up, Marvel’s ready to celebrate their 75th anniversary (it’s Batman’s 75th too!). To celebrate its three-quarter century of existence is a TV special – Marvel 75 Years: From Pulp to Pop!

This hour-long documentary will delve into Marvel’s humble beginnings in 1939, all the way up to their current reigns as media darlings. Emily VanCamp (star of Captain America: The Winter Soldier and ABC drama Revenge) will host this introspective look into the comic book entertainment juggernaut. You can expect to see plenty of archival footage, interviews with the company’s most noteworthy personalities, and a peek into the future of the brand.

Do yourself a favor and pay homage to Marvel by checking out this Tuesday night special (November 4) at 9 p.m. EST on ABC. Marvel’s Agents of S.H.I.E.L.D. will have the week off, which sadly means no Adrianne Palicki in that awesome Mockingbird costume, but it should be interesting none the less.

Also coming to Marvel Tuesdays, during SHIELD‘s mid-season break, we will see Haley Atwell reprising her role from Captain America as Peggy Carter. We got our first trailer this week.

And speaking of Agents of S.H.I.E.L.D., they were set up for a nice ratings boost as the first trailer for May 2015’s Avengers: Age of Ultron was supposed to premiere during their show. However that was blown when those pesky Hydra operatives leaked it online last week. So on Tuesday night, we instead got this extra bit of sneak peek awesomeness. You gotta love the way Thor squirms as Captain America almost lifts his hammer.

Finally, as with any footage that is beloved by the internet in general – we’ve got a couple fun ones. First, the Pee Wee Herman voice over. Jimmy Fallon always finds fun stuff for his guests to do.

And in our last piece of Marvel news, check out this perfect mash-up of the 1st Avengers: Age of Ultron trailer backed by Celine Dion’s My Heart Will Go On. Yeah, that song. The theme from Titanic, the movie your Mom forced you to go see with her.

We gotta admit, though – this song gets us just a wee bit more amped than a Pinocchio song. Celine Dion – 1, Pinocchio – 0.

Remember how we were going to get the Avengers: Age of Ultron trailer during the October 28th Marvel’s Agents of S.H.I.E.L.D. episode? Well someone decided to crash the party, and if you believe Marvel, it was Hydra.