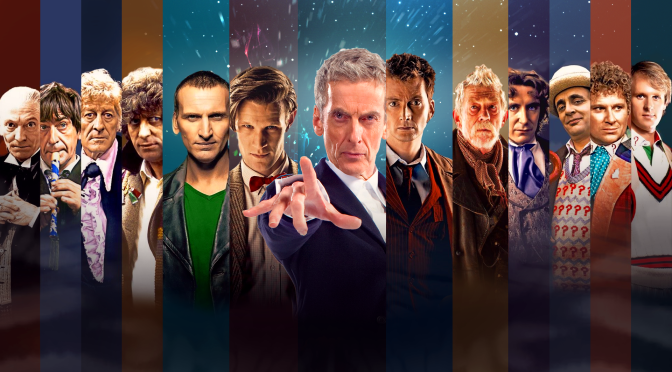 Doctor Who is making headlines once again this month, with show runner Stephan Moffat putting rumors to rest, touching on the return of David Tennant and Catherine Tate as the Tenth Doctor and Donna, and the impending departure of companion Clara Oswald.

END_OF_DOCUMENT_TOKEN_TO_BE_REPLACED 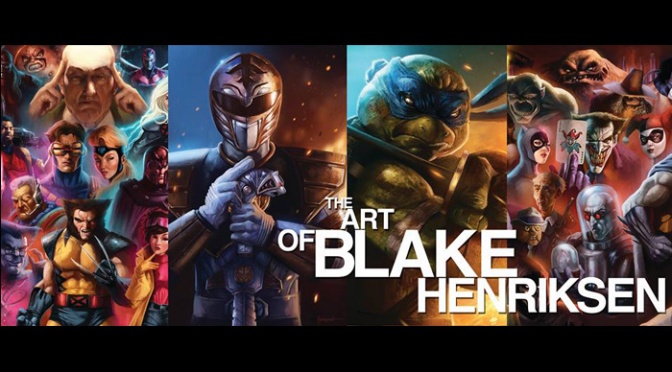 Being huge comic fans here at Grizzly Bomb, we are always eagerly seeking any awesome looking comic book creations. Personally I love it when they come from non-main stream comic sources. So it was pretty incredible when Blake Henriksen’s (or Pink Havok as he is known online) work came to my attention.

END_OF_DOCUMENT_TOKEN_TO_BE_REPLACED

So the dust has settled and that magical night is over. The Day of the Doctor has ended and that brings a close to the 50th Anniversary celebrations. But if you Whovians are not quite ready to let that buzz fade (or maybe you have been one of the unlucky ones and did not actually get chance to see the episode and want some boosting up before you watch it) then do not worry as Grizzly Bomb is right here with you and we have compiled a selection of some of the craziest Doctor Who songs ever to emerge out of the T.A.R.D.I.S. These quirky musical hits (or misses depending on your view) are the perfect way to keep The Doctor fresh in your mind. So get your sand shoes (little in joke there) on and start to boogie on down with The Doctor!

END_OF_DOCUMENT_TOKEN_TO_BE_REPLACED

Grizzly Bomb has gone KickStarter crazy! After the release of the Kick Starter Chronicles, it seemed the best way to follow this up would be with (you guessed it) another article on KickStarter! Here are 5 small projects which could use a cash injection from you, the dear reader.

END_OF_DOCUMENT_TOKEN_TO_BE_REPLACED

Relentlessly Cheerful Art is the name of artist James Hance’s website (As well as the title of this article. Clever, eh?) and it also happens to best describe his work. But before looking at his stuff it may be best if we get to know the man and who better to do that than his own UK website?

END_OF_DOCUMENT_TOKEN_TO_BE_REPLACED

The Time Lord is fast approaching his 50th Anniversary special so what better time to look at some of his more unusual appearances on his home station, the BBC, than now. Having a time machine does have its advantages and it makes the Doctor able to appear in some of the strangest places. Here is a very small sampling of some of his adventures in time and space.

END_OF_DOCUMENT_TOKEN_TO_BE_REPLACED

The British population has had cause to celebrate recently with a new baby joining the royal blood line. But the only event Whovians have been waiting to celebrate is the regeneration of our favorite time lord. Matt Smith is standing down from playing The Doctor, and for the last few weeks fans have sat staring at their computer screens waiting for the day when the new actor or actress who will play The Doctor will be revealed. Even we here at Grizzly Bomb had our own guesses as to who the 12th Doctor might be. Just a few hours before the show aired, we got a sneak peek into the gender of The Doctor. The Mirror reported that celebrity photographer Rankin let it slip with the below tweet that it was indeed a man scheduled to play the role.

END_OF_DOCUMENT_TOKEN_TO_BE_REPLACED

As we reported, the current Doctor Who; Matt Smith (who has played the Doctor for 4 years)  is leaving the show at Christmas, speculation has been rife over who will replace him. With the season finale having John Hurt pop up as an unknown Doctor could he stay on after Smith’s departure? He will probably have prior commitments and would be unable to stay long term on the show so I think that’s a no, but if not him then who? Well the bookies are currently taking bets on it, and have a full list of their suggestions you may want to look at, either at The Guardian or The Mirror, but here are some of my ideas for possible contenders.

END_OF_DOCUMENT_TOKEN_TO_BE_REPLACED

If I had to pick one thing to clearly illustrate the difference between American television and British television it would be the length of time shows stay on the air and/or the length of time actors stay on shows. If something lasts less than three years in America it’s seen as a bit of a failure and yet three years in Britain is somewhat more of a norm. Then if a show does last for many years, it’s cast very often doesn’t stay the same. Of course there are exceptions to these rules. One show that clearly illustrates the “show stays, cast changes” rule is Doctor Who.

In it’s original run of 26 seasons, there were 8 Doctors. Since it’s return in 2005, there have been three. Now the search is on for the fourth, the 12th Doctor.

“Doctor Who has been the most brilliant experience for me as an actor and a bloke, and that largely is down to the cast, crew and fans of the show.  I’m incredibly grateful to all the cast and crew who work tirelessly every day, to realise all the elements of the show and deliver Doctor Who to the audience.  Many of them have become good friends and I’m incredibly proud of what we have achieved over the last four years.

Having Steven Moffat as show runner write such varied, funny, mind bending and brilliant scripts has been one of the greatest and most rewarding challenges of my career.  It’s been a privilege and a treat to work with Steven, he’s a good friend and will continue to shape a brilliant world for the Doctor.

The fans of Doctor Who around the world are unlike any other; they dress up, shout louder, know more about the history of the show (and speculate more about the future of the show) in a way that I’ve never seen before, your dedication is truly remarkable.  Thank you so very much for supporting my incarnation of  the Time Lord, number Eleven, who I might add is not done yet, I’m back for the 50th anniversary and the Christmas special!

It’s been an honour to play this part, to follow the legacy of brilliant actors, and helm the TARDIS for a spell with ‘the ginger, the nose and the impossible one’. But when ya gotta go, ya gotta go and Trenzalore calls. Thank you guys.  Matt.”

That’s right, Matt Smith, #11 is leaving Doctor Who after the Christmas special as reported by the BBC. While it’s sad for fans of the show and fans of the 11th Doctor, Steven Moffat does such a great job at giving these actors (not only the Doctor but also his companions – go watch the Ponds’ departure and tell me you didn’t cry) a proper send-off that’s it’s difficult to not look forward to seeing how they’ll go about it. Not only that but there’s a built in excitement when it comes to the regeneration of a new Time Lord.  What will he wear? What type of personality will he have? How will he interact with his companions? What will his catch phrase be? There’s so many questions! We’ll find out soon enough, for now let’s enjoy #11 while we can.

So with the huge principal cast of Star Trek Into Darkness, it’s easy to overlook some of the smaller roles, but there is some interesting casting here. We thought it was worth noting some of them, see how many you picked out.