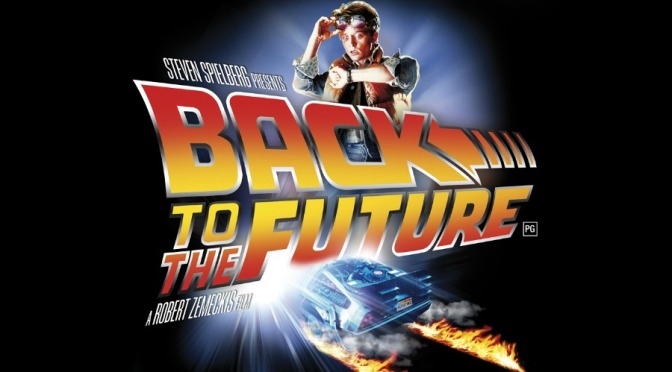 In 1985 Robert Zemeckis and Bob Gale unleashed something incredible into the cinematic time stream. That something was a time travelling DeLorean. Of course this is when the now iconic science fiction comedy Back to the Future was released, and even though it only spawned 3 movies, it has still managed to capture our hearts and imaginations, as well as giving us a ruddy good laugh at the same time.

END_OF_DOCUMENT_TOKEN_TO_BE_REPLACED

Today Rockstar Games unveiled the core details of its new multiplayer service, and boy it’s a doozy. Like the gameplay trailer that came out a month ago, a lot of information is divulged in a short amount of time so let’s get right to it:

“A persistent and continually expanding world” is the mission statement of Grand Theft Auto Online. In it, up to 16 players can run amok in Los Santos, engaging in a ridiculous amount of activities that include the expected things – ‘classic online modes’ (We’re guessing team deathmatch type stuff), racing, recreational sports and random acts of violence – but also what appear to be more scripted missions similar to those featured in the single-player game. These ‘jobs’ reward the player with cash which can be used to customize characters, vehicles and weapons or homes and garages to keep some of the fancy cars, planes, boats (and telescopes?!) amassed over time. It’s basically a whole separate version of Grand Theft Auto V you can play with 15 of your friends.

What’s more, the trailer promises that Rockstar will be dedicating itself to adding more and more content to the multiplayer over time and, on top of that, a content creator is built-in to allow players to custom build their own deathmatch arenas and vehicle races. In short, GTA Online is designed to keep expanding long after its release.

A wonderful Redditor who goes by the username /u/ColdPhone compiled a list of additional details on GTAO from CVG’s impressions of a 50-minute off-hand preview:

Some of these details, like AI reacting to your voice on-mic, sound like major gameplay breakthroughs, while others, like car insurance, are smaller elements that altogether deepen the experience considerably. This is not tacked-on multiplayer or a companion piece to the main game. GTA Online is a stand-alone, immersive world-building exercise that happens to be centered around one of the most entertaining video game franchises of all time.

If you are a huge video game fan like me, you might be disappointed with how little information regarding upcoming games was released today. Either case, there are some noteworthy ones. Let’s just get straight to the point.

2K Games released a trailer for Borderlands 2, showcasing its environments and enemies. The premise of the trailer itself is actually pretty smart. Foes are seemingly presented as predators on plains, and the protagonists as hunters. We also manage to catch a glimpse of character abilities. Not bad.

As the title suggests, we have two more pictures from the upcoming GTA. The game is shaping up great. What made GTA: IV memorable was its city – the city was as much of a character as Niko Bellic. Look at the guy dipping his feet in the waters in the second screenshot, and tell me Rockstar Games is not busting their asses trying to create another lively open-world experience.

Now this is scary. No Street Fighter games convey storylines good enough to generate any form of motion picture entertainment. It was proven in the mess back in 1994, as well as the one in 2009. Anyways, the producer of the series will be someone who made this:

Titled Street Fighter: Assassin’s Fist, the story will follow Ken and Ryu through their early years when they were living in the wild and being secluded and all that stereotypical Asian warrior bullshit. There, they learn some fighting skills from Gouken. Unbeknownst to Ken and Ryu, they’re practicing Ansatsuken, which has a dark and tragic legacy.  Yea, that’s pretty much it. The press release claims that the story will be “thrilling” and “multi-layered”.

I just had to. Guile theme does go with everything.

We sell our bodies for attention.