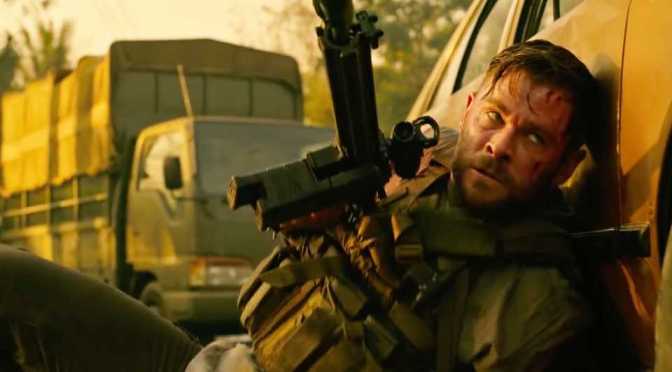 END_OF_DOCUMENT_TOKEN_TO_BE_REPLACED

Born André René Roussimoff and coming in at 7-foot-4, 477-pounds, Andre the Giant was a man who was both literally and metaphorically larger than life. Now, HBO Sports, WWE and the Bill Simmons Media Group have released the trailer for Andre The Giant, a documentary film examining the life and career of one of the most beloved legends in WWE history.

END_OF_DOCUMENT_TOKEN_TO_BE_REPLACED

There are two distinct types of fandom I believe that share a kinship of sorts, in that they’re both inherently similar, attract the same sense of nostalgia and passion, and occasionally the same sort of ostracism from mainstream groups of non-fans. These two groups of fandom are mainstream Superhero comics fans and Professional Wrestling fans. While at first glance these two things couldn’t seem more disconcordant, there are actually many similarities at the base of their respective art forms.

Modern Superhero comics are an expression of idealism, and a way to communicate stories that can’t really be told in any other medium similarly. Whether these stories are meant to be experiences that are carried out vicariously through the character, or to establish a connection with a series of characters, the fact remains the same that these stories are and always have been about romanticized, idealized versions of characters that are larger than life. They’re bombastic, exaggerated, and are symbols more often than not of things we can aspire to be, or things to beware of and fear. These stories have been told for a long time, as myths of Gods and Demi-Gods, but are now represented as costumed, superpowered heroes who fight crime or the ills of society. They’re representatives of justice who are overcoming the odds they face against the villains, be they environmental, internal, or external. They’re here to right wrongs, teach lessons through example, or to serve as wish fulfillment for the reader.

The characters in wrestling have this exact same dynamic. They’re there to  tell stories that are larger than life. They communicate the basic system of justice, wish fulfillment, and a moral lesson imparted via the action that happens in ring, both meta-textual and literal through the exploration of these themes. Watching Batman beat up the bad guy is fun in a comic book, in the same way that watching Stone Cold Steve Austin put his stunner on a villain wrestler in the ring is. At that base level they’re both providing a sense of justice imparted against the villain in that story being told, be it either on the page, or in a ring.

By that same token they’re both exaggerated characters who couldn’t, shouldn’t, and don’t really exist in real life, instead legitimately existing only within the contextual realities of their worlds. In the same way that a Batman would immediately get arrested and thrown into an asylum (a theme that’s often been explored in Batman comics), Steve Austin would have been fired, arrested, and put into jail for the many attempts at assault and battery, home invasion, reckless endangerment and what have you. Yet another theme that’s actually happened multiple times in wrestling, is a character being “punished” for their in ring activity with real world consequences, despite all of it still being inherently part of the story.

Roland Barthes was a famous literature critic and philosopher who wrote an essay about wrestling called “The World Of Wrestling”, in his book Mythologies, an exposition on modern mythologies and the undercurrent themes behind them. In it he writes:

[box_light]“But what wrestling is above all meant to portray is a purely moral concept: that of justice. The idea of ‘paying’ is essential to wrestling, and the crowd’s ‘Give it to him’ means above all else ‘Make him pay.’ This is therefore, needless to say, an immanent justice. The baser the action of the ‘bastard,’ the more delighted the public is by the blow which he justly receives in return. If the villain – who is of course a coward – takes refuge behind the ropes, claiming unfairly to have a right to do so by a brazen mimicry, he is inexorably pursued there and caught, and the crowd is jubilant at seeing the rules broken for the sake of a deserved punishment. [. . .] Naturally, it is the pattern of Justice which matters here, much more than its content: wrestling is above all a quantitative sequence of compensations (an eye for an eye, a tooth for a tooth). This explains why sudden changes of circumstances have in the eyes of wrestling habitueés a sort of moral beauty; they enjoy them as they would enjoy an inspired episode in a novel…”

“The virtue of all-in wrestling is that it is the spectacle of excess. Here we find a grandiloquence which must have been that of ancient theatres. And in fact wrestling is an open-air spectacle, for what makes the circus or the arena what they are is not the sky (a romantic value suited rather to fashionable occasions), it is the drenching and vertical quality of the flood of light. Even hidden in the most squalid Parisian halls, wrestling partakes of the nature of the great solar spectacles, Greek drama and bullfights: in both, a light without shadow generates an emotion without reserve.”[/box_light]

This is the same for comics in turn. Here we are watching a spectacle on the page as the Justice League fights Darkseid on the open streets, or the Avengers take umbrage against the legions of Skrulls who have invaded (it’s been a while since I’ve read Marvel), and the entire time this spectacle is communicated on a never-ending regular basis. Wrestling is a constant stage of stories being told, involving a rotating cast of characters who over the course of years grow, develop, change, become bad or become good, and eventually “die” as their real life counterparts, the actual wrestler as opposed to the character wrestler, retire.

In comics, these characters never “die”, as any comics fan can attest to. Any “death” is merely a means to an end for further character development, and is almost always retconned given enough length on any timeline. The same is once again true for wrestling, as multiple characters have “died” either literally in the story, literally in life, or figuratively by leaving the company. In 1996 one of the most famous wrestlers for the then WWF was Razor Ramon, a character based highly off of Tony Montana from Brian De Palma’s Scarface, and a wrestler who captivated audiences with his signature look, mannerisms, speech and style. In real life, he ended up leaving the WWF, not taking the “Razor Ramon” character with him, and showed up on then rival wrestling promotion WCW as “Scott Hall”, his real name, but still the same character, albeit in plain clothes. In this manner his death was merely “retconned”, but in real life to another wrestling promotion. To make things even more similar to comics, WWF responded by simply casting another wrestler as the “new” Razor Ramon, who debuted to a major outpouring of fan hatred. Comics have done this countless times, most notably with Robin, Batman’s sidekick. It’s the only two mediums that have ever done this in this fashion, with any sense of regularity. It’s a dichotomy that exists with many examples, one being the death and resurrection of Superman, which is paralleled in turn by the multiple deaths and resurrection of famed wrestler, The Undertaker.

Furthermore, the serialized nature of both Superhero comics and professional wrestling, as I previously mentioned, is nearly identical. No two mediums share a similar amount of dissonance between the creator, writers, performer, and creative output. With comics, the story isn’t always told as we think it is by a man who writes and a man who draws, much like with wrestling the story isn’t only told by two men in tights who enter a ring to fight. There’s a committee or a gathering to create a consensus of how to best manage these characters, to tell stories that can be spun indefinitely, while still providing satisfying character arcs. Often this is the issue that both professional wrestling and comics run in to, what with the constant disconnect from what has been previously established, what is truly considered “canon”, and what is suddenly decided to be ignored and/or retconned out of history.

DC Comics has done this most famously and recently by entirely re-establishing a status quo, by erasing the entirety of their old history (except for the stuff that they didn’t) and starting over. While this approach hasn’t been directly emulated by professional wrestling yet, its parallel is similar to the creation of a new promotion based off of new interpretations of older wrestling characters that previously existed. In our modern state, this is TNA Wrestling, a promotion that competes weekly with WWE, yet mainly banks on the star appeal of its talent that became famous in other, more popular past promotions. It is in essence a “reboot” of all those wrestlers from other promotions, to start over with new characters, or a revamped version of their old characters, essentially creating a similar version of DC’s New 52, albeit unintentionally. It’s a correlation that some may find a stretch, but to look at the repackaging, and re-designing of a wrestling character, and to not compare it the repackaging and re-designing of a superhero character to me would be willfully ignoring that similarity.

There’s also the case that both comics and professional wrestling have distinct, and iconic “eras” or ages. In superhero comics we have the Golden, Silver, Bronze and Modern eras, all respectively dividing up distinct portrayals of these heroic characters in ways that reflected the zeitgeist. Wrestling has its own set of eras, divided up in into similar labels; Golden Era (which is pre-Hulk Hogan), The New Generation Era (where now legendary wrestlers like Undertaker, Bret Hart and Shawn Michaels rose to prominence), and The Attitude Era, which is arguably the highpoint in professional wrestling’s history as the WWF became very popular with the advent of wrestlers like The Rock and Stone Cold Steve Austin portraying anti-heroes in their medium in a new and exciting way. This was followed by the “Ruthless Aggression” Era, which is an era that developed in the midst of a massive double down between the two main competing wrestling promotions at the time, WWF & WCW, with WCW merging into WWF. At the time this was unheard of, and the comic equivalent would be Marvel buying DC outright, and every single superhero from both companies were then poorly implemented into a series of comics that dovetailed creatively, despite immense potential. Lastly and currently there’s the PG Era of wrestling, where focus has shifted recently into a more family friendly orientation. These Eras in both mediums illustrate further how similar they are, and shows how their lasting serialized nature necessitates being broken up into Eras, in order to better keep track of how they both reflect society, attitudes, and current events at the time.

The problem is, people see the vast majority of it as dumb or meaningless, and write it off as time wasted. Recently this has started to change due to the popularity of Marvel’s recent movie paradigm, but unfortunately I don’t see this changing in a similar fashion for professional wrestling. However, the dichotomy still exists, as in both forms of entertainment we’re watching the same old stories, those mythological Gods and Demi-Gods fighting for a sense of justice, combating moral relativism, and showing us who we are through storytelling. They are the only two mediums that do it in the way they do, and if you’re a fan of one, you should give the other a try. I implore you.