IFC Films released the first teaser trailer for Wildlife, the directorial debut of Paul Dano (There Will Be Blood, Little Miss Sunshine), co-written along with Zoe Kazan (The Big Sick), and based on the Richard Ford’s novel of the same name. The film stars Carey Mulligan (Inside Llewyn Davis, An Education) and a very trailer busy Jake Gyllenhaal who we also got a look at in the first trailer for The Sisters Brothers.

END_OF_DOCUMENT_TOKEN_TO_BE_REPLACED 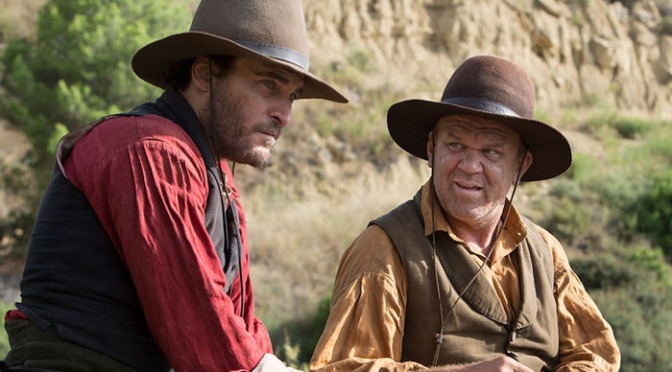 Annapurna Pictures has released the first trailer for The Sisters Brothers, the upcoming dark-comedy-western from director Jacques Audiard! The story, a genre-hybrid with comedic elements, takes place in Oregon in 1851 and based on Patrick Dewitt’s acclaimed novel of the same name.

Check out the first trailer for The Sisters Brothers below:

END_OF_DOCUMENT_TOKEN_TO_BE_REPLACED

Jake Gyllenhaal is back on our radar with a new cop movie (Co-Starring Michael Peña, who is awesome in general by the way). It is a story told through dash cams, eyewitness phones and cameras, yada, yada, yada. It is supposed to be gritty and organic and realistic. Reality television, only not as corny right? I mean, it looks okay to be honest. As long as it does not come off as gimmicky as it sounds, it could be a good movie.

Plus is that Anna Kendrick? I’d watch a movie with her that’s not Twilight. And Natalie Martinez from Detroit 187? Yeah, I watch that, I need my Detective Sanchez fix.

Too bad they had to be like “from the writer of The Fast and the Furious.” Because that was possibly the worst dialogue for a movie not released direct to DVD. – “I smell…skanks. Why don’t you girls pack it up before I leave tread marks on your face.”

You know what’s worse than that line? Having Michelle Rodriguez deliver it. So yeah…we’ll see about this movie.