The film follows William Tell (Isaac), a gambler and former serviceman who sets out to reform a young man seeking revenge on a mutual enemy. Tell just wants to play cards. His spartan existence on the casino trail is shattered when he is approached by Cirk (Sheridan), a vulnerable & angry young man seeking help to execute his plan for revenge on a colonel. Tell sees a chance at redemption through his relationship with Cirk. Gaining backing from mysterious gambling financier La Linda, Tell takes Cirk with him on the road, going from casino to casino until the unlikely trio set their sights on winning the World Series of poker in Las Vegas. But keeping Cirk on the straight-and-narrow proves impossible, dragging Tell back into the darkness of his past.

Check out the first trailer for The Card Counter below:

END_OF_DOCUMENT_TOKEN_TO_BE_REPLACED

A24 has released the first trailer for The Lighthouse, the sophomore feature film from the writer and director of The Witch, Robert Eggers.

END_OF_DOCUMENT_TOKEN_TO_BE_REPLACED 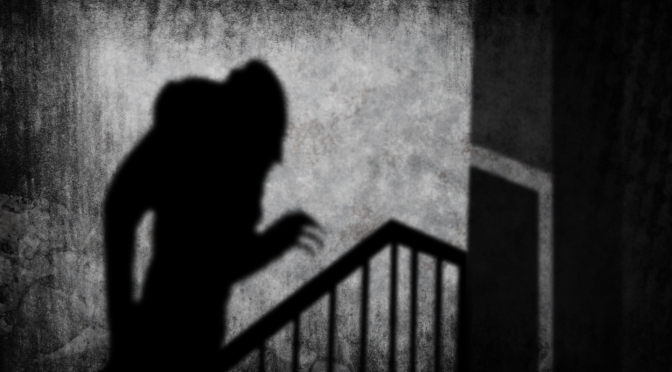 Studio 8 has set up an untitled remake of F. W. Murnau’s 1922 silent film masterpiece Nosferatu with The Witch helmer Dave Eggers on board to write and direct.

END_OF_DOCUMENT_TOKEN_TO_BE_REPLACED

John Wick‬ is the revenge movie we all hoped it would be. Straight forward without distraction of unneeded twist, nor neutered to avoid the ®. The action choreography flows with the soundtrack. The cars are classic, the women are fast, the fights are brutal, and feel is…familiar- in a comforting way. Twinges of 1970s grit and old school code combine with a rapidly paced 101-minute orchestra of ‘cool.’  1994, 1999, and now 2014. Welcome back Keanu.

END_OF_DOCUMENT_TOKEN_TO_BE_REPLACED

Disney is not messing around with it’s final big marketing push for their blockbuster hopeful John Carter, because now they’ve made what appears to be the first ten minutes of the sci-fi action flick available for all to see! Just don’t be expecting to see anything taking place on Mars or even a glimpse of any type of alien. But I have to say the creepy voice over at the end is worth it at the end. He made me very uncomfortable:

Not too shabby in my opinion. I think after seeing almost 20 minutes of the movie via various clips that have been released and all of the positive reviews thus far that John Carter is almost guaranteed to be a damn good movie not only for fans of the sci-fi genre, but even the casual movie goer as well. Disney is banking a lot on this high budget flick to spawn into a franchise and it definitely has a shot if it can draw out the moviegoers even with current box office champ The Lorax only going into it’s second weekend. The Lorax made $70 Million plus this weekend and is sure to still snag the family audiences away from John Carter and it’s PG 13 rating. Best of luck to him and all those four armed green fellas though!

As it goes with many of Hollywood’s potential blockbuster films, Disney hopes to make John Carter (of Mars) a very successful trilogy that will fill up their coffers even more. After the success of the Pirates of the Caribbean franchise took off and started murdering box office records, Disney began developing new movies to add similar success to their name as Pirates and even National Treasure. Tron: Legacy was one of those movies, which despite underperforming for Disney is still on it’s way to sequel-dom. Prince of Persia didn’t fair so well and will more than likely not garner a sequel.

END_OF_DOCUMENT_TOKEN_TO_BE_REPLACED

Originally created by Edgar Rice Burroughs, John Carter is a character with a long and rich history dating back to 1911. First premiering in A Princess of Mars, John Carter served as a Confederate captain in the Civil War, before dying and being transported by ‘astral projection’ into an exact duplicate of his body on Mars, where he lived a life full of adventure, love, and war.

The Barsoom Series featured 11 books in which John Carter was either a major or supporting character. He’s been referenced in a number of sci-fi epics and influenced tons of authors in his century long history. So basically that means his movie trilogy potential is there.

END_OF_DOCUMENT_TOKEN_TO_BE_REPLACED

The trailer for John Carter looks awesome. Granted I’ve never read much about him or his adventures on Mars, except for a really old comic book called John Carter and the White Apes of Mars – which to be quite honest sucked an egg. The story itself has been around since 1911, when Edgar Rice Burroughs wrote of the Earth Man’s exploits on the red planet. Here is a little background on the story behind it…

John Carter is a Confederate soldier during the American Civil War, who dies afterward (it would appear), but is reincarnated on Mars. There he becomes a warrior and savior to the people, facing down all matter of alien and beastly foes. And by the way, he can kick twice as much ass due to the greater gravity of Earth making him stronger. (if that makes sense).

It’s on Mars where Carter meets his future wife ‘Dejah Thoris of Helium’. In the movie, Taylor Kitsch (FNL) stars as John Carter, whilst Lynn Collins stars as his love interest Dejah Thoris. Hopefully them both being in X-men Origins: Wolverine previously won’t make the movie terrible.

Check out the trailer below:

Aside from all of the cool special effects, Kitsch and Collins won’t be left to carry this movie themselves, because there are a few pretty capable actors in their supporting cast. They are joined by Willem Dafoe (Spiderman, Platoon, Boondock Saints), James Purefoy (Rome, Camelot, Iron Clad) and Mark Strong. (Green Lantern, Kick Ass, Sherlock Holmes).

I for one will be checking this movie out. Disney has done a pretty good job over the last few years to keep me entertained, so I’ll give it a chance. It can’t be as bad as the picture below suggests. Right?