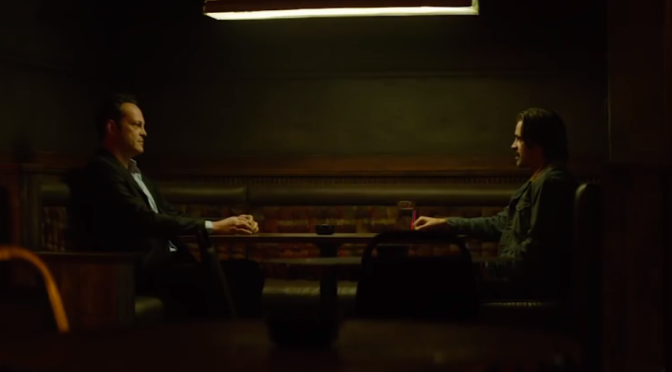 HBO just released its second teaser for True Detective season 2. It’s a quick, but incredibly moody and tense look at the show’s all new setting and characters, and we finally get to hear some spoken dialog. In True Detective Season 2 a bizarre murder brings together three law-enforcement officers and a career criminal, each of whom must navigate a web of conspiracy and betrayal in the scorched landscapes of California.

END_OF_DOCUMENT_TOKEN_TO_BE_REPLACED

True Detective season two will premiere on June 21 on HBO, and now you can see the first footage from the new season.

END_OF_DOCUMENT_TOKEN_TO_BE_REPLACED

Rachel McAdams, Taylor Kitsch and Kelly Reilly join previously announced leads Colin Farrell and Vince Vaughn in second season of the dark crime drama, which will be set around southern California in the 1970s.

END_OF_DOCUMENT_TOKEN_TO_BE_REPLACED 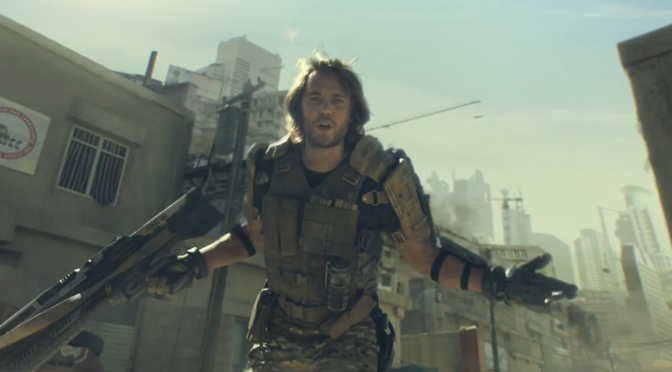 It’s the beginning of November and we all know what that means: A new Call of Duty game is about to hit the shelves. Whatever your opinion might be on the games, we can appreciate the advertising blitz that Activision Blizzard puts up every year to market the game. Whether it’s seeing Jimmy Kimmel and Kobe Bryant dodging bullets and rockets, Sam Worthington teaching Jonah Hill the ropes in tactical combat, or watching Robert Downey Jr. take down people in his fighter jet during Guy Richie’s commercial spot, we can always rely on some fun times for the game’s release.

This year is no different as Peter Berg steps up to the director’s chair for Call of Duty: Advanced Warfare and brings along his long time buddy Taylor Kitsch from Lone Survivor and Friday Night Lights, the most underrated show on television in the last 10 years. We get Taylor showing you, in a first-person perspective, the ropes of Advanced Warfare. In this new Call of Duty game, you have a jet pack for added mobility. Jump, strafe in mid-air, slide…this pretty much adds a whole new dimension to the game and the former Tim Riggins is going to show you how to do it.

Oh yeah, Emily Ratajkowski shows up too. Just in case you really need this trailer to be more geared towards the male demographic.

Back to the task at hand, Call of Duty: Advanced Warfare is coming out on November 4th, 2014. Of course, you can get the Day Zero Edition and play the game 24 hours before the release date in case you just need to scratch that itch. Kevin Spacey figures prominently into the game although he only makes a digital cameo in the trailer above. It should be some good times and maybe this exoskeleton and new combat mechanics could be what the doctor ordered in order to revitalize this game franchise. On that note, I leave you with my favorite commercial from the Call of Duty series, starring the incomparable Peter Stormare as “The Replacer.”

Are you excited for the game or have you had enough? Let us know in the comments below or just comment on our Facebook page as well!

Peter Berg didn’t have much luck with his massive box office flop, Battleship, but that could change with his newest army flick. Lone Survivor is based on a the true story of a SEAL Team 10’s failed mission to capture an infamous Taliban leader during the War in Afghanistan. The story sounds somewhat basic, but the cast is killer, including Mark Whalberg (Pain & Gain), Ben Foster (Contraband), Eric Bana (Munich), Emile Hirsch (Into the Wild), and Taylor Kitsch (Friday Night Lights). The cast is great mix of young, and older action stars which could make for a kick-ass flick. Check out the trailer below.

Based on the book, Lone Survivor: The Eyewitness Account of Operation Redwing and the Lost Heroes of SEAL Team 10 by Marcus Luttrell, the man played by Whalberg in the film, the story goes as follows: In 2005, while hiding out in Afghanistan, SEAL Team 10 encountered a group of young boys, voting whether to let them live or not, they decided to let them go. Hours later, the group of four was surround by 100’s of Taliban fighters. The outcome of the story is out there if you really want, but I’ll obviously forgo posting that here. The story on paper sounds pretty good, but when I heard it was a true story, my excitement shot up because the outcome isn’t going to be some insane action movie trope, it’s going to be something realistic. My only fear is Peter Berg, who championed the deep thought he put into his former flick Battleship, but ended up giving us a watered down, dumb big budget action flick. Hopefully that doesn’t happen here.