Marvel Studios is a massive, many-headed entertainment beast with big ambitions and a slate planned up to 2021. The film side of things is getting ready to debut their Phase Three, which includes Captain America: Civil War, Doctor Strange, Black Panther, Spider-Man, Guardians of the Galaxy Vol. 2, and more. Each new Phase heralds in a new slate of sequels, some new characters, and new tent pole features like the Avengers films.

We are currently still in the first phase of Marvel and Netflix’s planned TV rollout, with the recent smash hit Daredevil and the soon to be released Jessica Jones. Even though we are still really early in Phase One, talk of Phase Two has already begun. These rumored reports touched on some new characters we might see on Netflix as well as the frequency we can expect Netflix to release these series, which we will discuss today.

First off, Netflix CCO Ted Sarantos revealed that we can expect to see a new Marvel project pretty frequently over the next few years:

“I think ideally there will be a rhythm of about every six months you’ll get a new season or a new series from the Defenders group,” Sarandos explained. “And then they’ll crossover into a combined [Defenders] season once we’ve launched the first season of each of the four characters.”

We already know that the second season of Daredevil  will premiere in 2016, and Jessica Jones later this year, which would presumably leave an open spot in 2016 for Luke Cage, with Iron Fist and The Defenders dropping in 2017. 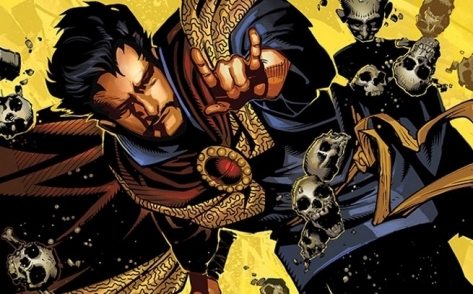 Another rumor is that the TV side of Marvel Studios is hoping to get an appearance in The Defenders by Doctor Strange, to help tie the film and TV sides together. Doctor Strange was one of the founders of the original Defenders, which saw a very different lineup then we will end up seeing on Netflix.

Unfortunately, the Film and TV sides of Marvel Studios haven’t been working together as well as they could be. We’ve heard a few reports of President Kevin Feige’s feeling that the TV side is a “necessary evil,” and that certain concessions have been forced on the TV side. Most recently it was revealed that Rosario Dawson’s character Claire Temple was originally supposed to be the Night Nurse, but the film side had made a claim to the character, leaving the TV side to change the Temple character around to fit. So we’ll have to wait and see if Feige will allow a high-profile character like Doctor Strange to make an appearance on the small screen. 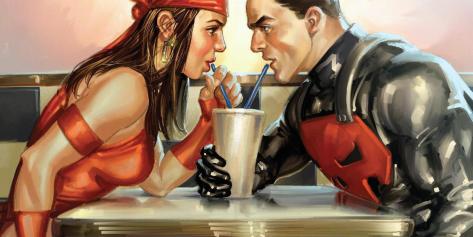 Now, back to Daredevil‘s second season, and the other two interesting pieces we already know about. Those pieces being the first appearances of the Punisher and Elektra in the MCU. These two characters feature heavily into the rest of our rumor coverage today, which we’ll get to in a moment. 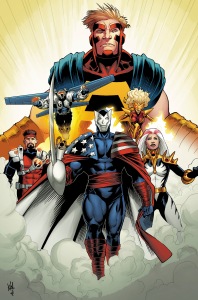 As to which new characters we might see on Netflix, one name has been making the rounds lately which has fans feeling pretty excited. It has been rumored that the Thunderbolts might be making their way to the small screen, which a few weeks ago might have been a big surprise. However, following the huge reaction to WB’s Suicide Squad trailer, it makes sense that this team would be on Marvel’s radar.

The Thunderbolts started their career as a team of villains masquerading as heroes following a disaster that left the Marvel Universe in need of some. The team was led by Baron Zemo – who we will see first in the upcoming Captain America: Civil War – and featured members from the Masters of Evil. Eventually this team realizes they like being heroes, and rebel against Zemo in favor of their new leader, Hawkeye. 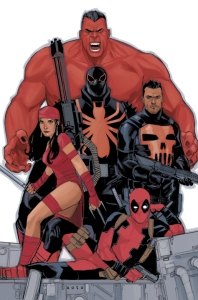 There were many iterations of the teams over the years, starting with reformed villains, to actual villains working under Norman Osborn, but the latest version featured both Punisher and Elektra, along with Red Hulk, Deadpool, and Agent Venom. A lot of those characters properties aren’t owned by Marvel, meaning it’s unlikely to see this full version, but having another show set to include Punisher and Elektra seems like a no-brainer.

Or course, if the series is trying to capitalize on some of the current buzz regarding Suicide Squad, the initial team and premise would work best for the series. As for who else we might see in Phase Two? We’ve heard reports that newly-returned franchises like Ghost Rider and Blade may make their MCU appearances on Netflix.

There is also discussions on bringing some of the film characters to the small screen for a season or even mini-series. These stories would possibly focus on Black Widow or Hawkeye, but those names are nothing more than rumors right now.

Which of course, is pretty much the case with everything at this point besides Daredevil Season 2 and Jessica Jones. We’ll keep you updated on more of Marvel and Netflix’s TV takeover as the news hits.

Who do you want to see in Phase Two of Marvel/Netflix? Would the Thunderbolts make a good story on the small screen? Which version would you want to see? Let us know in the comments section below and join the discussion on the GrizzlyBomb Facebook page!