We haven’t heard too much film news from Marvel Studios lately besides constant rumors and discussions revolving around Captain America: Civil War. So when they announced even more movies to their upcoming slate of films it came with a feeling of “about damn time.”

They opened thier wave of announcements by first confirming we will be seeing an Ant-Man sequel in 2018. With the success of what most were predicting to be Marvel’s first flop, there was no doubt we would eventually see a sequel, but the announced title for the sequel is very interesting.

Ant-Man and the Wasp will hit theaters on July 6, which was the date previously held by Black Panther. Chadwick Boseman’s starring role as the newest Avenger will now open on February 16, 2018, placing it before Avengers: Infinity War, Part I. Whether this move is story-related at all remains to be seen, but we can assume Marvel Studios wanted a bit more time with Black Panther before we presumably see him again in Infinity War. 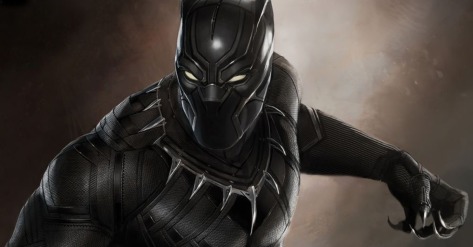 Unfortunately the move has also once again moved the release of Captain Marvel, who was pushed back when the MCU Spider-Man movie was announced. Captain Marvel previously opened on November 2, 2018 but will now open on March 8, 2019, making us wait even longer to see Marvel’s first female-led superhero film.

But wait – can we now consider Evangeline Lilly’s Hope van Dyne AKA The Wasp as Marvel’s first top billed female superhero? Sure, Ant-Man takes the lead spot, but with Wasp in the title the movie is bound to focus more on her character. This looks to correct a massive oversight/mistake that the first Ant-Man made, which is the complete and utter disregard for the original Wasp, Janet van Dyne. Without even an actor cast for the role, the only time we got to see Jan in action was when she died in a flashback, angering more than a few fans of the character. Yes, Lilly’s Hope is a fine character and we can’t wait to see more, but Jan – who was a founding member of the Avengers – deserved much better than that.

This opens up a new round of questions, however. With Paul Rudd’s Scott Lang showing up in Captain America: Civil War and presumably Infinity War, there won’t be any shortage of his character on the big screen. And with rumors flying that we might see a film set in the past that explores Hank Pym and Janet’s time in the costumes, does this title mean we’ll be seeing the new heroes in the suits or a look into the past for more Hank and Jan? We’ll have to wait and see.

Now, following the Ant-Man and the Wasp announcement, Marvel added a further three films to the slate, carrying us into 2020. Unfortunately, these films are still shrouded in secrecy. The added dates are as follows:

What could these films be? Sequels? New characters? More Avengers? Way too many options for us to start speculating here, but chances are we’ll be hearing more from Marvel Studios as these films develop further.

What are your thoughts on Ant-Man and the Wasp? Would you like to see more of Hank and Jan in the past or focus on Scott and Hope in the present? What films do you think will be announced for these mystery dates? Let us know in the comments section below!

Check out what we know about Marvel Studios Phase Three, get caught up on the latest news from Marvel/Netflix, and for )a bit) more on Evangeline Lilly be sure to check out The Slushoverse Theory!