In a surprise to a lot of people, Marvel and Disney released the official trailer for Avengers: Endgame, giving us our biggest look yet at the most anticipated film of the year. Our surviving heroes — Iron Man, Captain America, Black Widow, Hawkeye, War Machine, Thor, Nebula, Rocket, and Ant-Man — gear up for battle against Thanos and they happen to be joined by a now, newly familiar face.

END_OF_DOCUMENT_TOKEN_TO_BE_REPLACED

There are magnificent things happening in the Marvel Cinematic Universe.  With shows like Daredevil and Jessica Jones on Netflix, Captain America: Civil War preparing for release, more Avengers movies in the works AND a third Thor movie, The Walt Disney Company has figured out that the biggest audience in the world right now is almost completely inhabited by nerds. A lot of those nerds have been die-hard comic book fans for generations.  Seeing their heroes on the big screen is something every nerd has dreamt about and Disney/Marvel have been making those dreams come true.

END_OF_DOCUMENT_TOKEN_TO_BE_REPLACED

While everyone is in full on Star Wars mode, and preparing for the holidays, we wanted to take a minute to look back at one of the biggest movies of the year – Avengers: Age of Ultron. More specifically, the fight between Hulk and Tony Stark in his Hulkbuster armor.

END_OF_DOCUMENT_TOKEN_TO_BE_REPLACED 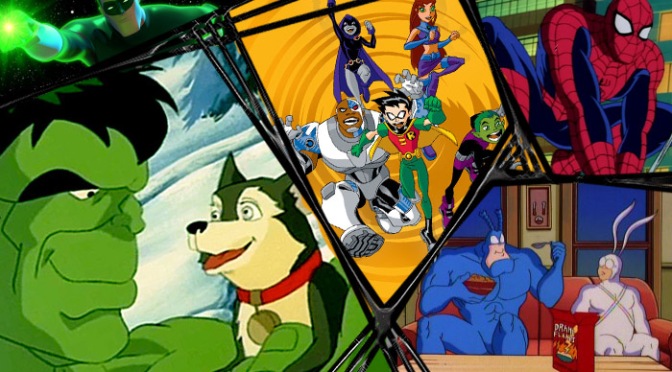 I’ve always been a big fan of cartoons. Any and all cartoons really, but like most of my passions in life, anything superhero related automatically took precedence. So it’s no surprise that I have been a huge fan of the various superhero animated series that have aired over the years on the various networks. Thankfully, my love for cartoons never disappeared as I got older, much to the chagrin of my parents, friends, and love interests.

Yes, love interests. It’s rare to find that special someone who doesn’t mind a multi-season marathon of the numerous Batman series that have aired over the years, but it’s something I have accepted. Because I live for the multi-season marathon, so that isn’t going to change anytime soon. I’m getting a little off topic here, and possibly airing my desperate loneliness to the world at large, so we should move on.

As I started looking through my collection to determine the next series I should line up for a marathon, I began thinking that not everyone has the collection or desire to really sit down and get into some of these cartoons, especially with so many out there. So, like any self-respecting (and horribly alone) comic book cartoon fan I felt it was my duty to create the following list to share with you, and to help decide what exactly I am going to watch next, and what you should start with.

Everybody wins. Mainly I win, though.

END_OF_DOCUMENT_TOKEN_TO_BE_REPLACED

Jacob Kurtzberg, better known as Jack “The King” Kirby, passed away back in 1994, but he would have been 98 if he’d lived to today. In honor of that birthday, we wanted to put out a list of his 98 best creations . . . which would have represented a very, very small percentage of his output. And with such a rich catalog, a best of list is very, very hard to put together in any methodological manner.

Instead, we thought we’d share our favorite Kirby creations in a slightly more digestible list, which ranges from the weird to the heroic, from the goofy to the outlandish, from the innovative to the arch-evil – yet are, to an item, wonderfully creative:

END_OF_DOCUMENT_TOKEN_TO_BE_REPLACED

It’s crazy how successful the line of films based on the world’s most popular superhero team has been. We’ve entered an age where a ton of Marvel Comics’ properties are getting ready for another wave of big efforts on the big screen. It may seem a bit daunting to get into the universe centering on The Avengers, which is why author Peter A. David put together a book that will make team history easier to comprehend.

END_OF_DOCUMENT_TOKEN_TO_BE_REPLACED 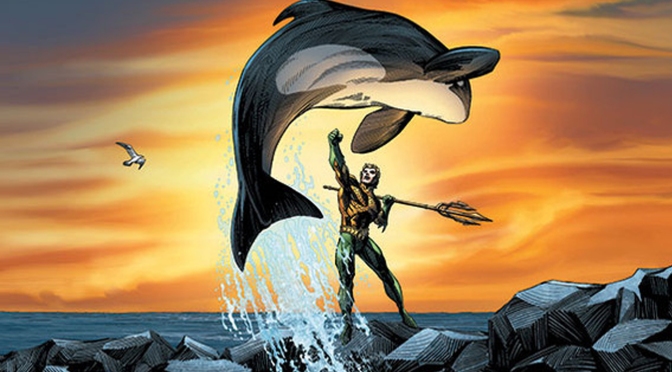 So we happened to take a good, long look at DC Comics’ upcoming March covers. Our verdict? The lot of ’em are pretty damn sweet. Our attention has certainly been grabbed thanks to the creative comic book cover takes on classic movie posters.

END_OF_DOCUMENT_TOKEN_TO_BE_REPLACED

In the late 70’s one superhero had a tight grip on the television industry and that show is fondly remembered even now by most people for numerous reasons. Even the most casual of TV viewer will have seen a shot of Lou Ferringo in his green makeup with only his purple pants on at some stage in their life. Of course I am talking about The Incredible Hulk series which blazed brightly through Television screens. But by 1982 the show had been cancelled and viewers had moved onto other things. But the green paint look was not forgotten by Bob Shreck, Bob Karwoski and Larry Ruggiero (And lets not forget editor Marc Harwood) who had that look in mind when they made their 16mm movie The Incredible Hulk vs. The Ever Lovin’ Blue Eyed Thing.

If you’re interested in watching a funny (And messed up, in certain places) short film then you have come to the right place. The basic plot revolves around a very strange bar/nightclub where the Fantastic Four’s Thing is trying to relax with a pint or two but just cannot get his happy face on (Due in part to being a grumpy bugger, as well as the interesting array of characters that reside there. But I’ll talk about that later). It is not until his old sparring partner, The Incredible Hulk, turns up that he truly starts to chill out. But enough talk, here is the short film for your viewing pleasure:

The whole thing has a Rocky Horror Show patch-work vibe to it, with colorful costumes and a real sense of fun. Aside from the various monsters, aliens and just general weirdos who pop up in this short, there is a list of well-known characters that pop up. Here are some of the ones I managed to spot: Superman, Spider-man, X-Men’s Angel and Nightcrawler, Chewbacca, Darth Vader (who struts his funky stuff), The Blues Brothers, a Tuscan raider, Dragon Man and Doc Savage (Still not sure about this one but I double checked the credits and it says he is there somewhere!). Truth be told there are probably even more!

Yes sir, this movie is a continuity fan’s nightmare with different universes all sharing the same space together, but least they are all dressed in the right attire. This brings us to the costumes, which vary greatly in quality. Some of them are obviously bargain basement stuff but others have had some real effort put into them. The Hulk makeup is straight from the TV show and fits in nicely. The Thing’s costume is incredible and as controversial as it sounds, this is the best live-action version of The Thing I have seen. It’s obviously not as realistic as the recent movie franchise’s version but it certainly keeps more in line with the character’s comic book roots. This Ben Grimm gets the moody, mardy look down to a tee but also does not come off as to depressing and melancholy, more just really uptight. And as bad as it is I cannot help but laugh whenever I hear Ben Grimm shout “Back off bitch” to a lady of the night (Though it’s not so funny to watch him get a laugh out of almost killing same said woman with a beer glass thrown at her head).

For the most part it’s all just a bit of harmless 70’s fun, but there is some nice skill on show for such a short feature, and the cracking soft punk soundtrack is also worth noting. It might not to everyone’s tastes but I certainly got a buzz out of it and there is a weird pleasure to be found watching The Thing lamp Darth Vader in the gut while The Hulk smacks Chewbacca so hard he whelps like a dog (Though it kind of sucks that the two never actually fight against each other). It certainly is amateurish but still fun. If you like the movie there is a great interview with Gerry Giovinco the genius behind the actual costume.

We have been hearing a ton of rumors for everything related to Marvel Studios recently, whether it’s Vin Diesel’s possible upcoming role in the MCU, or a star for Edgar Wright’s Ant-Man, so today’s rumors can be added to those as possible or possibly not going to happen.

END_OF_DOCUMENT_TOKEN_TO_BE_REPLACED

A lot of components came together and brought their best to the table when last summers explosive hit The Avengers finally arrived in theaters. There were some great moments from the team and the rest of the cast, but one that stood out was the new approach to the Hulk, who had already gone through two somewhat disappointing films to get to the Avengers.

We are now entering Phase 2 of the Marvel Cinematic Universe (MCU), which brings us sequels to all the main players and the team with no mention of the Hulk. Even the new possible franchise Guardians of the Galaxy gets to be a part of Phase 2, presumably leaving the green guy in the dust until Avengers 2. Mark Ruffalo is signed on to 6 films, so it’s obvious we would expect some features centered on Hulk to come sooner rather than later. Well, that seems to be the case according to the latest scoop from Latino-Review’s El Mayimbe. Be warned, there are some serious potential SPOILERS below, so if you’re going to whine about it later, STOP READING. And definitely don’t watch this video from EM explaining everything.