Universal has debuted the first official trailer for Tom Hooper’s big new movie musical Cats, based on Andrew Lloyd Webber’s famous Broadway show and what the fuck did I just watch?

END_OF_DOCUMENT_TOKEN_TO_BE_REPLACED 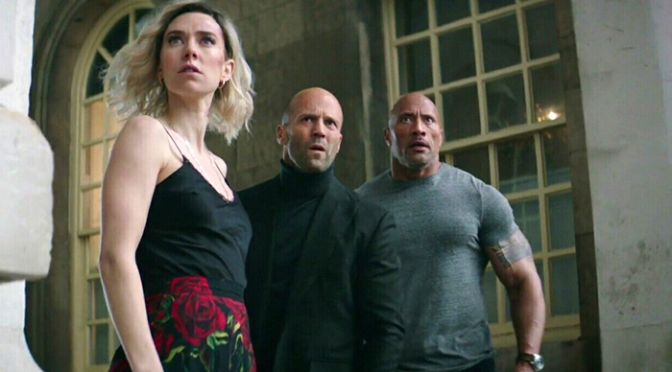 END_OF_DOCUMENT_TOKEN_TO_BE_REPLACED

Idris Elba makes his directorial debut with Yardie, a new crime thriller that has been doing the rounds at film festivals across the world. The film is poised to hit theaters later this year and now Studio Canal UK has released the first trailer to give us a taste of what to expect from the new film.

END_OF_DOCUMENT_TOKEN_TO_BE_REPLACED

It has taken decades, but with the success of epics like Lord of the Rings and Game of Thrones, Stephan King’s own saga will finally, after several false starts, find its place on the silver screen.

Book to movie adaptations are no new thing, especially not to a veteran like King, who has seen nearly 100 screen adaptations of his work. Complaints about changes to those stories is likewise par for the course, and The Dark Tower will be no different.  One proposed change however, might give fans real reason to be bothered. In an interview with Entertainment Weekly, King mentioned said change to the story structure;

END_OF_DOCUMENT_TOKEN_TO_BE_REPLACED

Walt Disney Pictures has released a new TV spot showing off the photo-realistic  elements of Jon Favreau’s live-action adaptation of Rudyard Kipling’s classic adventure tale The Jungle Book, as well as a series of images featuring the film’s cast  posing next to their CGI counterparts.

The minute-long spot also brings out the immensely realistic recreation of the jungle and it’s residents, showing us effects of the state-of-the-art technology used for the movie. It certainly delivers on spectacle and is a return for Favreau to tent-pole films since his departure into mid-budget filmmaking with Chef. Take a look at the new TV spot for yourself:

END_OF_DOCUMENT_TOKEN_TO_BE_REPLACED

With both Sherlock and Luther set for limited return in the coming weeks, and The Fall coming back sometime in 2016, the BBC put out a new promo featuring their three most popular detectives. Check it out below.

END_OF_DOCUMENT_TOKEN_TO_BE_REPLACED

Some of the best television shows of the last decade have originated in the UK and are slowly starting to find their way to the US. One of these such shows is Luther starring Idris Elba. The story of Detective Chief Inspector John Luther is a dark and violent one. His obsession with his job has cost him his wife, but gained him a serial killer friend and a porn star protégé. Always under the watchful eye of his fellow law enforcement officials, and repeatedly suspected of being dirty, John Luther is one of the most interesting characters on television. He takes all those old stereotypes about cop shows and somehow makes them fresh again.

END_OF_DOCUMENT_TOKEN_TO_BE_REPLACED

As we reported, the current Doctor Who; Matt Smith (who has played the Doctor for 4 years)  is leaving the show at Christmas, speculation has been rife over who will replace him. With the season finale having John Hurt pop up as an unknown Doctor could he stay on after Smith’s departure? He will probably have prior commitments and would be unable to stay long term on the show so I think that’s a no, but if not him then who? Well the bookies are currently taking bets on it, and have a full list of their suggestions you may want to look at, either at The Guardian or The Mirror, but here are some of my ideas for possible contenders.

END_OF_DOCUMENT_TOKEN_TO_BE_REPLACED

Marvel’s Phase 2 is swinging into action, with the impending release of Iron Man 3, which kicks off this year’s Summer Schedule, and now the release of the first trailer for the 2nd Thor movie – Thor: The Dark World. This will be the first Non-Iron Man sequel (cause we’re ignoring Ang Lee’s Hulk) and will be followed by Cap 2, Guardians of the Galaxy, and the 2nd Avengers movie.

END_OF_DOCUMENT_TOKEN_TO_BE_REPLACED

After a five year hiatus from theaters, Guillermo Del Toro explodes back onto the scene with the first trailer for the highly anticipated Pacific Rim. Humans always expected aliens to come from the skies, so what happens when the aliens come from a portal in the ocean? We build giant mechs and kick their asses, of course!  Something about this reminds me of the old Godzilla movies…but with more insanity!

After the aliens destroy the coastal cities and leave much of humanity in ruins, a program is started to create giant mechs called Jaegers to combat the monsters. (Insert Jaegerbomb joke here.) But seriously folks, look at this trailer and tell me that doesn’t look like the next great summer monsterfest:

The film has an all star cast including Charlie Hunnam, Rinko Kikuchi, Charlie Day, Ron Perlman, Idris Elba, Burn Gorman and Clifton Collins Jr., already seems to be at a scope of epic proportions. (Side note: Charlie Day is in this? As in, “It’s Always Sunny in Philadelphia’s” Charlie? I’m sold just on that alone.)

Scheduled for release July 12, 2013, Pacific Rim promises to be a badass trip with insane special effects.