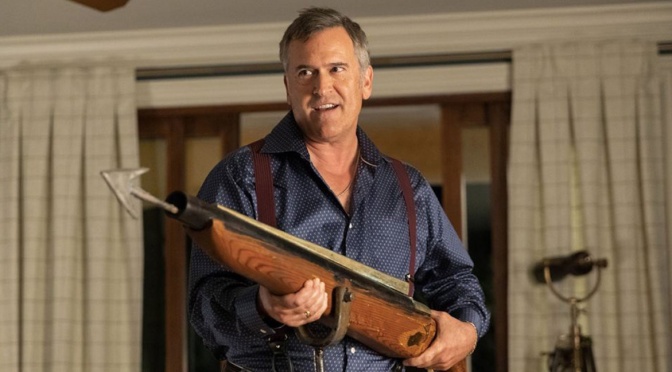 As confirmed earlier by Deadline, Black Friday is “Set on the busiest shopping night of the year, Black Friday, the story follows a group of disgruntled toy store employees who have to defend themselves from legions of holiday shoppers when a mysterious alien parasite sends them on a murderous rampage.”

END_OF_DOCUMENT_TOKEN_TO_BE_REPLACED

They can rebuild him! They have the technology! Or at least the funds to hire him!

Starz Network’s smash hit of the season, Ash vs Evil Dead, had been searching for an actor man enough to play the father of their titular character. And what better choice than the Six Million Dollar Man himself? In another great casting move, Lee Majors, whose credits these last years consist mostly of indie films and one-off tv appearances, has accepted the role of Ash Williams’ father in the upcoming season, which premieres this fall. As this is completely new ground for the franchise, it will be interesting to see what direction they take Majors’ character.

END_OF_DOCUMENT_TOKEN_TO_BE_REPLACED 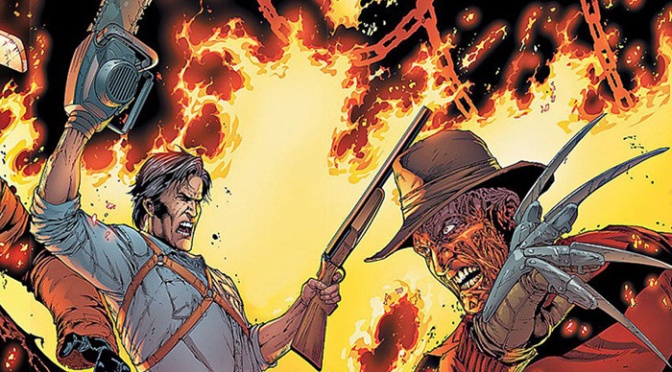 Ash vs Evil Dead has become possibly our favorite new show of the year here at Grizzly Bomb. It’s definitely my top choice this season. And it doesn’t hurt that Sam Raimi and the deadites keep finding reasons to make me love this show even more.

For those viewers with a keen eye, you might have been able to spot the glove of a certain villain who haunts the children of Elm Street during the show’s season finale.

END_OF_DOCUMENT_TOKEN_TO_BE_REPLACED

Some great news for the loyal Deadites out there patiently awaiting the Halloween premiere of Ash vs Evil Dead. Starz has already greenlit a second season, presumably based on the buzz leading up to the premiere, as well as some great reviews over the last few weeks.

Of course, a lot of that buzz can be attributed to the loyal fan base that Bruce Campbell has built over the years, and with his return to the role that made him famous there is no doubt that Starz saw potential in the series and one of the most well-known chins in cult movie history.

END_OF_DOCUMENT_TOKEN_TO_BE_REPLACED

Come Halloween night, Ashley J. Williams is making his return. With him, come the dead. Or deadites to be more specific. Starz is bringing the cult hero to the small screen, once again portrayed by the one and only Bruce Campbell.  For those of you who can’t wait till then for your fix (like us), Starz has released a new trailer as well as some behind the scenes stuff.

END_OF_DOCUMENT_TOKEN_TO_BE_REPLACED

The Evil Dead movies have left an enduring legacy of horror and slap stick that continues to this day.

With news of The Evil Dead now making the move to television, it seemed just the right time to take a brief look at a few artist encounters with the Deadites.

END_OF_DOCUMENT_TOKEN_TO_BE_REPLACED

The man who told us all how and where to shop – “Shop smart. Shop S-Mart” – is heading to the small screen thanks to Starz and their new series; Ash vs Evil Dead.

While the Evil Dead series was originally planned to continue in the form of a sequel to 2014’s reboot, those plans were scrapped in favor of the TV series. Ash vs Evil Dead not only takes us back to the original continuity (and I use this term loosely) of the films, it will bring back the first and best threat to the evil Deadites – Ashley J. Williams, played by cult hero Bruce Campbell. Starz has ordered a 10-episode first season, and we’ve heard a bit of news from the series over the last few weeks as it gears up for production.