UPDATE: 4/25/19 – HBO has released the official trailer for the long-awaited Deadwood movie. The two-hour event will reunite the indelible characters of the show after more than a decade to celebrate South Dakota’s statehood. Check it out!

END_OF_DOCUMENT_TOKEN_TO_BE_REPLACED 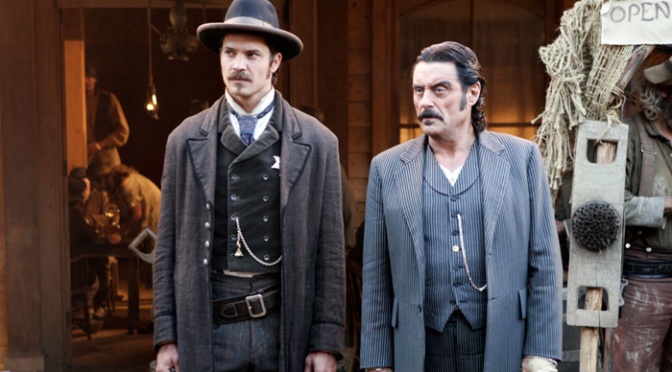 Fans of the HBO drama might get to see the return of Ian McShane’s Al Swearengen as Deadwood is looking like it’s getting ready to go before cameras this Fall.

END_OF_DOCUMENT_TOKEN_TO_BE_REPLACED 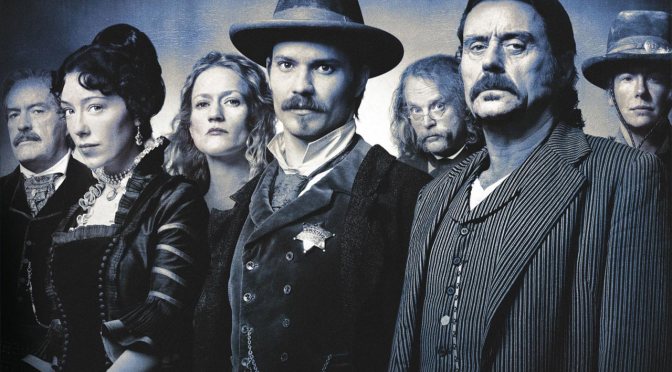 Pain or damage don’t end the world. Or despair or f–king beatings. The world ends when you’re dead. Until then, you got more punishment in store. Stand it like a man… and give some back.

It’s been near ten years since we left Deadwood. The short-lived HBO western ran for only 36 episodes, but built up a following by ways of excellent casting, and the reciting of a vulgar poetry with masterful delivery. An ensemble led by Ian McShane and Timothy Olyphant, and filled out by some of the best character actors in the industry, delivered us some of the best played scenes in television history. But average ratings, coupled with exorbitant budgets, led to a premature end to the series.

Now, nearly a decade after it went off the air, creator David Milch is returning with a movie that will hopefully give long-suffering fans a fitting finale.

END_OF_DOCUMENT_TOKEN_TO_BE_REPLACED

From 2004-2006 HBO ran one of the best shows in the premium network’s history. That show was Deadwood, and it told a story of early South Dakota, and how a mining camp became a city. The story was told with a Shakespearean poetry to the dialogue, spoken by colorful characters and boasting a cast of extremely talented actors.  But the story wasn’t cheap to tell, costing HBO about $5 million an episode to produce, and failed to get the kind of ratings that they saw with The Sopranos, so despite an excellently crafted and incredibly intense end to season three, the show was canceled.
END_OF_DOCUMENT_TOKEN_TO_BE_REPLACED

If there was anyone that wanted concrete proof that the world of television, and particularly the world of television writer employment is an enigma, look no further than the career of Shawn Ryan. He has had the dubious reputation of being quite possibly the most canceled writer/show runner in Hollywood today. Shows such as Lie to Me, The Unit, The Chicago Code, Last Resort, and Terriers have all been canceled, the last two being within the first season. Only in Hollywood could someone repeatedly be canceled and yet repeatedly finding new jobs.