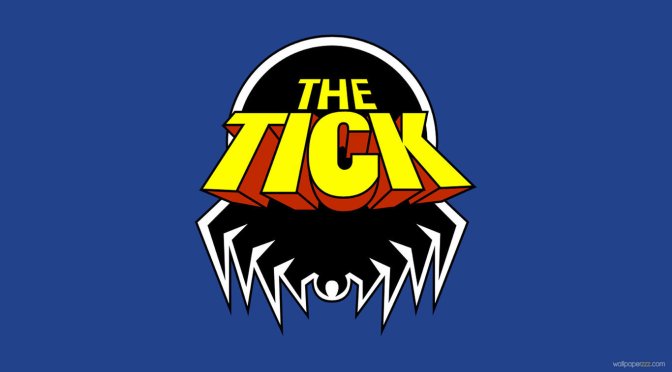 For new groundbreaking shows on subjects you never expected to see on your TV, laptop or tablet screens, it seems that streaming services are the way to go.

Netflix has been super hot in this department recently. The return of shows like Arrested Development, Wet Hot American Summer and Pee Wee Herman helps to bring in the old fans of popular culture shows. Then new and exclusive shows like Daredevil, Jessica Jones, Unbreakable Kimmy Schimt and the superb Stranger Things attract everyone else.

END_OF_DOCUMENT_TOKEN_TO_BE_REPLACED

That sound you heard was that of Leslie Knope wailing in grief at the thought of Ann Perkins leaving Pawnee. That’s right folks, Ann Perkins and Chris Traeger are making plans to leave the best city in America for parts unknown. It was announced yesterday that Rob Lowe and Rashida Jones would be leaving the NBC sitcom after episode 13 of the upcoming season.

Because plenty of people can not fathom why on earth the actors would leave the show, speculation immediately began that they were being forced out due to budget cuts. Mike Schur took to the press to assure everyone that this was not the case.

[box_light]Every network comes to you and says, ‘Cut costs,’ all the time. A reality of the network television game is they’ll always tell you to do impossible things with less and less money. But it wasn’t like, ‘Uh oh, we’ve got to hack away our cast.’[/box_light]

Schur is currently in New York at the Television Critics Association press event for his upcoming Brooklyn Nine-Nine starring Andy Samberg, but understandably, people want to know more about this departure. Mainly because it was so unexpected. Most of the time when an actor leaves a show there are rumblings and rumors swirling about for weeks, if not months. Contract disputes, rehab stints, scandal or discord of various other fashions. This time however, there was nothing.

Schur has been assuring people that this is truly a creative move with Jones and Lowe’s story line coming to an inevitable and obvious close. The two characters spent the latter parts of last season discussing having a child together so one has to assume they will be successful, and something will then take them away from Pawnee.

Mike Schur and NBC can try to calmly and rationally explain the reasons till they are blue in the face. Parks and Recreation fans are mourning. At times quite loudly. Granted I am a proud member of the NBC fandom, but my entire dashboard is filled with pictures like these.

It’s been a rough couple of months for the NBC fandom. Jason Sudeikis finally announced he was leaving. Bill Hader is leaving. Seth Meyers is leaving Weekend Update/SNL. John Mulaney’s show appears as if it might be going to Fox. 30 Rock is no more. Andy Samberg went to Fox… And now this news?

Veronica Mars star Kristen Bell is scheduled, along with House of Lies Co-star Ben Schwartz, to pop up for a few episodes next season on Parks and Recreation. Schwartz will obviously be reprising a role he’s been shining in since the shows second season, the hilarious Jean-Ralphio. As Jean-Ralphio he is sure to annoy Ron Swanson and make life a little harder for his best friend Tom Haverford.

END_OF_DOCUMENT_TOKEN_TO_BE_REPLACED

If you have watched Adult Swim at all recently, you probably saw an incredibly vague promo for “The Greatest Even in Television History”, much like this one:

END_OF_DOCUMENT_TOKEN_TO_BE_REPLACED

… and the internet exploded.

No really, I think it did. Well for me it did, quite literally. I had no internet at my home last night for many hours (I liketa died) and for some reason the email I use for work and entertainment news was not loading anywhere, even on my phone. When it finally came back, the first thing that popped up was this:

END_OF_DOCUMENT_TOKEN_TO_BE_REPLACED

At long last, the waiting comes to an end. In a matter of hours, Parks and Recreation will finally return from what has seemed like the longest hiatus in the history of television. Okay that might be a slight exaggeration but come on – I feel like Ron Swanson as he walked into the diner asking for all the eggs and bacon they had. I’ve been starving myself waiting for that first bite of sweet Swanson ass. Hmmm… this is getting a little creepy now.

I’ll be the first to admit that NBC does a lot of things wrong. The Olympics, The Today Show, NBC News in general, canceling shows before they even have a chance (this is my third mention of Kings in a week), their sometimes pain in the ass relationship with sites like YouTube; but one thing they do right is put out videos for their sitcoms. Granted you aren’t going to find them unless you are actively looking for them but hey, what do I know? And then you find them and they won’t embed and you spend a maddening amount of time trying to figure out why and find no answer so just click on the link and enjoy the trailer for Season 5.

and then there is this…

“The perm must wait, Autumn. The perm must wait.” There’s a reason this woman was elected to public office, she is just so wise. Plus, I think we can all agree that any scene that involves Ron Swanson and food is bound to be awesome. Especially if that food has not quite made it to the “food” state yet.

If those two nuggets of goodness aren’t enough for you, or you just really want to know who Andy would sleep with given the chance, check out this Google Talk with Amy Poehler, Adam Scott, Aubrey Plaza, and Chris Pratt.

Remember the Hamster Dance that was pretty much the first viral and completely annoying thing on the internet? Let me introduce you to it is much cooler and not quite as obnoxious cousin, Drunk Ron Swanson. I made it 674 seconds and feel like I might have a seizure at any moment.

We’ll use any excuse to use this Gif again…

Hopefully I’ll recover in time to tune in to Parks and Recreation on NBC, Thursday nights at 9:30/8:30c. Waffle sundaes for everyone!

Can you imagine how excited I am for Community? No, that’s not sarcasm. Moving to Fridays and airing right after Whitney, the greatest comedy of all time? And it’s on NBC, which always deliver great shows with great ratings? And the cherry on top of the sundae, Dan Harmon, the executive producer to Community, was replaced going into what probably won’t be the final season of the show, since he is totally not responsible for the show’s quality? I mean, the show averages 3.93 million viewers. That’s a lot to a premium cable channel. There’s no way the fourth season is the show’s final season. Oh wait, NBC’s network TV? Who cares? NBC is awesome. It’s like a unicorn galloping on rainbows and shitting Nutella. They did so well in their coverage of the Olympic games, they’re expecting to make tons of profits. Wow, I am genuinely looking forward to the show returning in fall.

END_OF_DOCUMENT_TOKEN_TO_BE_REPLACED

It is that time of the year again where dreams get crushed, and the elite throw a party for themselves to give the obligatory ‘pat on the back’. The 2012 Emmy Nominations are in, and it’s time to fight for the snubbed and decry the undeserving. I have the list down there courtesy of EW, but let’s talk about what I think were great nominations and of course, the snubs.

END_OF_DOCUMENT_TOKEN_TO_BE_REPLACED

NBC really loves to do the short seasons so much that perhaps the only saving grace to everyone’s critical and cult hero yet ratings challenged darlings on Thursday nights might be the route they choose.

According to Deadline via WarmingGlow, 30 Rock, Parks and Recreation, and Community are in the running to get shorter seasons with 30 Rock leading the way with 13-14 episodes for the smaller and most likely final season. Alec Baldwin has been very vocal about this being his final season and some of the episodes have gotten stale in the last few years in my opinion. However, just like with Chuck, they appear ready to send the show off the right way instead of letting it fade out into the night with no resolution like Alf (seriously, most random end to a series because Alf is basically screwed at the end, go watch it).

Also on the short season path could be P-Rex (what the cool kids call it) and Community. However, the shorter 13 episode season seems to be more likely for P-Rex [Ed. Note – No one calls it that] as opposed to Community. They are saying the chances for Community still run at 50-50 so we shall wait until the NBC Upfronts happen and the mass panic about people’s favorite show that no one watches reaches the boiling point. All I have to say is that if they bring back P-Rex, that’s cool but it’s time to shut The Office down. Used to love the show, now it’s just buried in my DVR for the last 8 episodes. I cannot defend that show anymore. Steve Carrell, we miss you.

I can’t let the post end on a bad note though, Whitney is probably going to be put out of its misery. Rejoice in that I guess.

If you don’t watch Parks and Recreation you’re a moron.  The show is absolutely hilarious, and Amy Poehler is brilliant as the main character, Leslie Knope.  The show is currently in its fourth season on NBC; and the story arc of the season has primarily revolved around Leslie’s campaign for city council.  It’s been a rocky road on her way to election day, and the show’s writers have been extremely tight-lipped about what the outcome will be.  So tight-lipped, in fact, that they made the decision to film two different finales: one in which Leslie wins the election and one in which she loses.  It’s like they’re creating their very own ‘Choose Your Own Adventure’ novel.