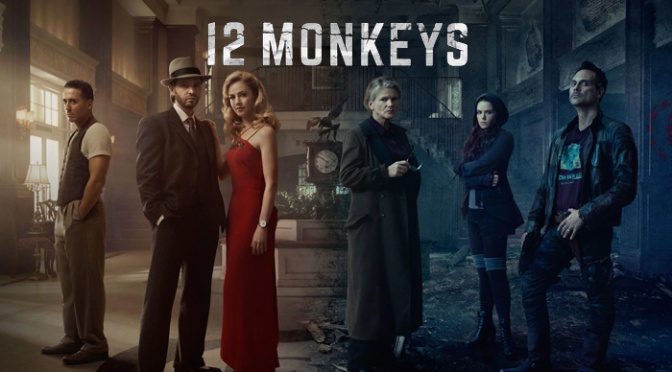 I’ve spent all week reading articles about which shows are getting axed and which shows are getting picked up. For an avid sci-fi television fan, this time of year can be the most brutal. Networks just don’t seem to give good sci-fi a chance. Past shows like Jericho, Terminator: Sarah Conner Chronicles, Firefly, Dollhouse, and Flash Forward come to mind. Even this year, freshman drama, Limitless, is facing imminent cancellation. One thing that those sci-fi shows have in common is that they aired on broadcast television, as opposed to a cable network. What if I were to tell you that there is an amazing sci-fi show, currently on the air, that has the production value of a feature film, a legitimately talented cast of actors, rich characters, and a deep mythology rooted in a film with an established fan base?

There is. It’s called 12 Monkeys and it’s on the cable network Syfy.

END_OF_DOCUMENT_TOKEN_TO_BE_REPLACED

Gotham is doing a lot of things right.

The oft-criticized FOX show that looks at a Gotham before Batman has been making strides in recent weeks. The writing has picked up, the villains are better, and they are making Harvey Bullock into an actual person rather than just the walking personification of a bad cop. Bullock made real strides in Penguin’s Umbrella, the seventh episode of the first season. During said episode, in a scene that felt ripped right from High Noon, our hero is totally deserted by his brothers-in-blue and left to stave off assassination from Falcone’s number one hitter – Victor Zsasz.