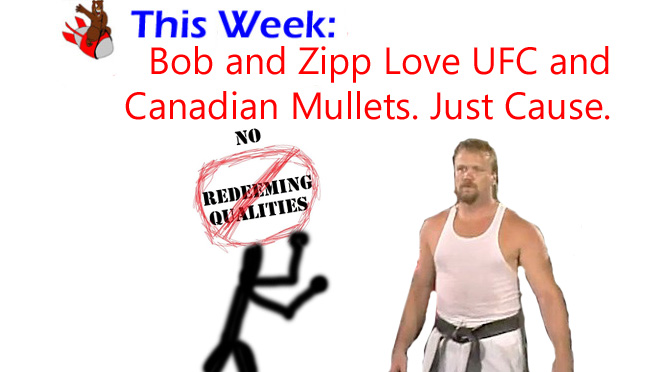 Grizzly Bomb is proud to continue our partnership with the  No Redeeming Qualities Podcast! So now Bob and Zipp are in their post-Thanksgiving mode and marathoning the Balboa legacy, though they’re are easily distracted by UFC and Canadian mullets. They also make us all feel old when they talk about Seinfeld and The Simpsons (seasons 2 & 3 are excellent).

END_OF_DOCUMENT_TOKEN_TO_BE_REPLACED

I’m going to level with you, I haven’t turned my television on in over a year. This means I’m a little out of touch with the state of television these days, but from what I can gather on their website, CBS is now entirely made up of identical cop dramas and formulaic sitcoms. Also whatever the hell this is.

It’s not the most refined place for quality programming is what I’m saying. So it may come as a surprise to you to know that CBS just approved a pilot from Louis C.K. and Spike Feresten, two writers from critically acclaimed shows (‘Louie’ and ‘Seinfeld’, respectively). Deadline‘s report included a general idea of what the show will be:

“CBS’s [sic] has greenlighted to pilot an untitled multi-camera comedy written by Louis CK and Spike Feresten, about an ensemble of young people trying to achieve their creative dreams in these tough financial times.“

The show was actually pitched 13 years ago by the two comedy writers under the name Boomtown. At the time, it would have starred Louis C.K. and centred around him and his friends. However C.K. and Feresten have rewritten the script, likely with Louis C.K. out of the lead role, and the new show will finally get a chance.

How directly Louis C.K. will be involved in this new show remains to be seen, which is the main point of interest for me. He is currently enjoying the success of his latest stand-up special, Live at the Beacon Theatre, though he won’t be taking time to rest; Louis has been breaking the comedy mold in the past few years by throwing away all his material each year and starting again from scratch. On top of that he also serves as star, producer, director, editor and sole writer of the hit FX show Louie. I imagine this leaves little time to nurture a brand new show, but there’s nothing I’d rather see on TV than more Louis C.K.

I gotta tell you, after watching this episode I absolutely want a periscope on the top of my car. Sounds silly right? Not after you watch this Curb episode. This episode reminded me so much of a Seinfeld episode. Imagine Larry and Jeff driving a car equipped with a periscope through the streets of New York chasing a one armed man who framed Larry. That sounds like a Kramer-Castanza adventure right there.

Larry runs into nothing but trouble in this episode. Wanda returns in New York (funny how everyone ends up in NY) just in time to try and steal Larry’s trainer. Probably the funniest bit in the episode are Larry’s interactions with Grant Shaud’s (Murphy Brown) father “Judge Horn” who spouts out all sorts of racial epithets whilst playing scrabble.

Larry raises a very interesting idea through the course of the episode, even though it gets him into even more trouble with those around him. Does a good looking guy who marries a not so attractive woman mean he has more integrity than the next guy? To Mr. David does and he let’s that idea guide him for better or worse.

I give this episode a 4.5 out of 5 grizzlies. It was worth watching just for the car periscope and the racist Judge Horn. Only two episodes left in the season, let’s hope for a glorious finale!

Another week and more Larry-isms come flying at us. Ever had the person who let’s their dog shit on any lawn they please without picking it up? Check. The person who asks you to watch their valuables in a public place while they leave for a minute? Check.

In this episode Larry runs afoul of racism, Richard Lewis and a “battered women” shelter. It would seem in this episode that the women of the shelter, who live down the road from Larry tend to use their abuse as a shield against admitting to their social transgressions such as not moving out of the way the ice cream due to a conversation or picking up their dog’s fecal matter. Be sure to see women’s advocacy groups across the nation crying foul on this one.

Richard Lewis also has a new girlfriend in this episode, who happens to be a Burlesque dancer… with awesome boobs. If you can believe it Larry manages to screw that relationship up for Lewis in more than one way. Of course the dynamic between Larry and Leon (JB Smoove) kind of steals the show as they argue about whether or not black people can blush and Leon continues to live for free at Larry’s home. I’m actually praying that Larry never gets the opportunity to evict Leon, because I could watch a 2 hour movie starring them.

I’m giving the episode a 3 out of 5 bears. I laughed out loud on a couple of parts and I can’t get enough of episodes with Richard having girlfriend problems. I can’t even keep track of all of the disastrous relationships he’s had in the history of the show, but I say keep ’em coming!

And the Burlesque Dancer “Stella” was apparently played by Jan Anderson…

I’m sure by now everyone has heard about that train wreck Charlie Sheen, and his firing from Dr Kronner’s favorite show Two and a Half Men, placing said show, and its future in limbo. Hopefully it never recovers and is lost forever.

While Charlie Sheen was “winning”, and getting paid close to two million per episode of complete crap, NBC had yet to renew two of television’s best shows. As of Wednesday, the fate of Parks and Recreation and Community were still up in the air, as both shows had yet to be renewed for next season.

Yesterday however, NBC pulled their heads out of their Peacock’s ass, and green lit another season of life for some of the only network shows worth watching. Let’s hope these shows find some better ratings next season.

So in the last month, Two and A Half Men has become doomed, and now NBC has renewed their 2 most under rated shows. That’s good stuff. Now here’s hoping that reality TV suddenly explodes as well.

Also in case anyone cares it looks as though Outsourced and Perfect Couples weren’t so lucky. With any luck they replace one of those with a spin-off about Ron Swanson, Ahbed, and Troy spin-off, where Ron becomes their butler like on Seinfeld‘s show within the show…

So, continuing on my rant about TV, I have decided to compile a list of THE 10 BEST SEASONS OF TELEVISION (in my lifetime). This is not the best shows, but single seasons that rung loud and delivered a lasting effect.

These are single seasons, out of longer runs. So shows that only ran for one season (Firefly, Terriers, Freaks And Geeks) wont be included. This is more where shows hit their peaks and why… Some possible spoilers ahead.

END_OF_DOCUMENT_TOKEN_TO_BE_REPLACED

CBS has a business model that works. Produce mindless, run of the mill, cookie cutter TV shows and dominate the ratings. The scripts are like those Mad-Lib books where you just fill in the nouns and what not.

The other sure-fire way to the heart of the American viewer is to take Has-Been, semi-celebs and make them do physical challenges, like dancing.